The pangolin, also known as scaly ant-eater, is protected under Schedule 1 of the Wildlife (Protection) Act.
PTI 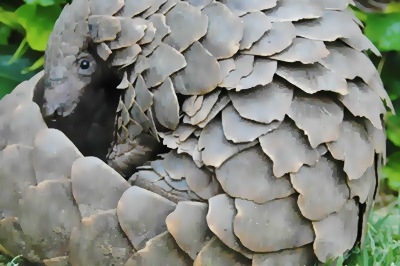 Bhopal (Madhya Pradesh): The Madhya Pradesh Tiger Strike Force has arrested three people after recovering a pangolin, an endangered animal, from their possession in Seoni district, an official said.

Following a tip-off, the three accused were nabbed last week while they were carrying the pangolin on a motorcycle in Seoni, Principal Chief Conservator of Forest (Wildlife) Alok Kumar said in a press release.

Their vehicle and mobile phones were also seized, he said.

The pangolin, also known as scaly ant-eater, is protected under Schedule 1 of the Wildlife (Protection) Act.

According to forest officials, the pangolin scales and other body parts are in huge demand in countries like China, Myanmar, Thailand, Malaysia and other places for medicinal use.