HomeBhopalLike Gujarat, AAP and AIMIM will be factors in 2023 Madhya Pradesh polls too; Congress, BJP say no role for them in state

Like Gujarat, AAP and AIMIM will be factors in 2023 Madhya Pradesh polls too; Congress, BJP say no role for them in state

Bhopal (Madhya Pradesh): After Gujarat, the Aam Aadmi Party (AAP) and the Asaduddin Owaisi-led AIMIM are set to turn their attention to next year's Assembly polls in Madhya Pradesh, where they are likely to be key factors given their good show in local body elections held in July-August.

Though the Arvind Kejriwal-led outfit put up a below-par performance, winning just five Assembly seats in Gujarat, and the All India Majlis-E-Ittehadul Muslimeen (AIMIM) drew a blank, the two parties dented the electoral prospects of the Congress in several seats, especially where minorities have a significant presence.

The AAP failed to replace the Congress as the principal Opposition party in Gujarat despite its pre-poll hype and high-decibel campaign, but it managed to secure a healthy 13 per cent vote share in the western state, clearing the way for it to become a national party.

However, the ruling Bharatiya Janata Party (BJP) and the Opposition Congress in Madhya Pradesh, where Assembly polls are due by 2023-end, are not attaching much importance to the presence of the AAP and the AIMIM citing the largely bipolar politics of the state.

The AAP is clearly looking to emerge as a credible alternative in Madhya Pradesh, where the BJP and the Congress have been dominant political forces and have ruled the state, which has a 230-member Assembly, between themselves.

"We will certainly present a third option before the people of Madhya Pradesh in the 2023 elections and contest all the 230 Assembly seats in the state," AAP Madhya Pradesh president Pankaj Singh told PTI.

There is definitely space for the third political option in Madhya Pradesh as the people of the state are fed up with both BJP and Congress, he claimed.

The Hyderabad-headquartered AIMIM would like to build on its performance in local body polls in Madhya Pradesh held just a few months ago.

AIMIM leader Sayyad Minhajuddin, a corporator in Hyderabad and in-charge of the party in Madhya Pradesh said, "Based on our performance in local body elections, we would definitely like to contest the Assembly polls in Madhya Pradesh, but a final decision will be taken by our party leadership." The Congress, however, sought to downplay the AAP and AIMIM factor in the Assembly polls, saying they do not have a presence on the ground in the state.

"The Aam Aadmi Party and Owaisi's party are not at all a challenge before us in MP," state Congress president and former chief minister Kamal Nath said.

"Both these parties project themselves as a major force but they don't have any base at the ground level (in MP)," he said.

The former CM, whose government collapsed in March 2020 following a revolt by a section of Congress MLAs, dismissed the AAP and the AIMIM as the "B-team of the BJP".

"Owaisi's party and the AAP are definitely the B-team of the BJP and this is a well-known fact now. They contest polls only at those places where they can cause damage to the Congress," Nath alleged.

The BJP, which lost the 2018 Assembly polls but managed to come back to power in 2020 following the collapse of the Congress government, also made light of the AAP's presence in the central state.

State BJP spokesperson Neha Bagga, who was earlier associated with the Kejriwal-led outfit, said, "They (AAP) will not be able to make any space in the bipolar politics of MP. Like in Himachal Pradesh (where AAP failed to open its account), they will lose badly here too." Bagga pointed out that even key candidates of the AAP failed to win in the just-concluded elections in Gujarat.

In the run-up to the December polls, the AAP made tall claims in Gujarat, but failed to gain much in the state, said the BJP spokesperson.

In Madhya Pradesh, they do not stand a chance in elections as they lack organisational muscle and do not even have a state coordinator, she said.

In local body elections held in Madhya Pradesh in July-August this year, both AAP and the AIMIM staked claim for the third force, a space earlier occupied by the Samajwadi Party (SP) and the Bahujan Samaj Party (BSP), which had pockets of influence in the state.

The AAP, in its maiden foray into civic polls, claimed to have garnered a 6.3 per cent vote share, while the AIMIM got seven corporators elected. On other hand, the BSP and the SP fared poorly.

The Kejriwal-led party, which came into existence in 2012, garnered 6.3 per cent votes in urban body polls. Of its 14 mayoral candidates, one won from Singrauli and those in Gwalior and Rewa came third. In Gwalior, the party got about 46,000 votes and proved they are a force to reckon with, political observers said.

The 10-year-old party had fielded about 1,500 candidates for councillor posts in urban body polls. Of these, 40 won, while 135-140 finished runner-up.

AIMIM's Minhajuddin said the party had fielded 51 candidates, including two for mayoral posts (in Khandwa and Burhanpur) and the remaining for corporators across seven cities.

Meanwhile, upbeat over the BJP's landslide victory in Gujarat, party leaders in Madhya Pradesh are hopeful of the saffron outfit putting up a stellar performance in the state, too, when polls are held in November-December 2023.

"The storm (of victory) generated in Gujarat will enter MP, too, in the 2023 Assembly elections," state BJP president Vishnu Dutt Sharma said.

Read Also
Bhopal: 17 suspended in 7 days, many still out of CM’s scalpel 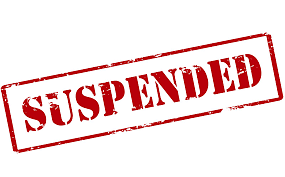