Accused had stolen a bullion trader’s bag containing jewelry from a passenger on a bus in Simrol.

Indore (Madhya Pradesh): Three people were arrested for stealing a bag containing gold jewellery worth Rs 75 lakh from a bullion trader on a passenger bus in the Simrol area on Thursday. Two of the accused were in the same bus and they were following the trader from Khandwa, while their accomplice was in an SUV. The police have recovered the gold jewellery from the accused and they are being questioned further.

Simrol police station-in-charge Dharmendra Shivhare said Mudit Jain, a bullion trader from Barnagar, in Ujjain district, lodged a complaint on February 18 that he was traveling to the city from Khandwa on a passenger bus. The bus stopped near Rishi Dhaba at Baigram for breakfast and he alighted from the bus for a few minutes and, when he boarded the bus again, his bag containing gold jewellery worth Rs 75 lakh was missing from there. The police registered a case and started an investigation.

The police checked about 100 CCTVs from Khandwa to the city. They also gathered information about the suspects. Acting on a tip, they managed to arrest three people, named Akram Khan, Amin Khan of Nepanagar, in Burhanpur district, and Kamal Solanki of Dharmpuri, in Dhar district, from near a temple on the Gazinda village road. The accused were in an SUV.

The Vijay Nagar police, on Thursday, arrested two persons for duping a man of Rs 10 lakh on the lure of forex trading on Thursday. The accused used to post advertisements on social media about earning more money in a shorter time. Surprisingly, the police found transactions of Rs 20 crore in their accounts in a year using a dummy server to gain the trust of investors.

According to police station-in-charge Tahjib Kaji, on the instructions of commissioner of police Harinarayanachari Mishra, action is being taken against advisory firms involved in duping people with fraudulent investments. On Thursday, information was received that some people were running a company in the Apollo Premium building for duping people in the name of investment in forex trading. The police team raided office No. 904 and caught two persons, named Anil, from Uttaranchal, and present resident of Mahalaxmi Nagar, and Hardeep Salune of Sukhliya.

They allegedly informed the police that their company posted advertisements on social media that huge profits could be earned by investing in forex trading. A fake server for foreign trade was prepared by them and they used to show investors fake indices of profit to gain their trust. Information about other possible victims is also being gathered. 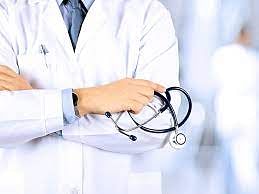