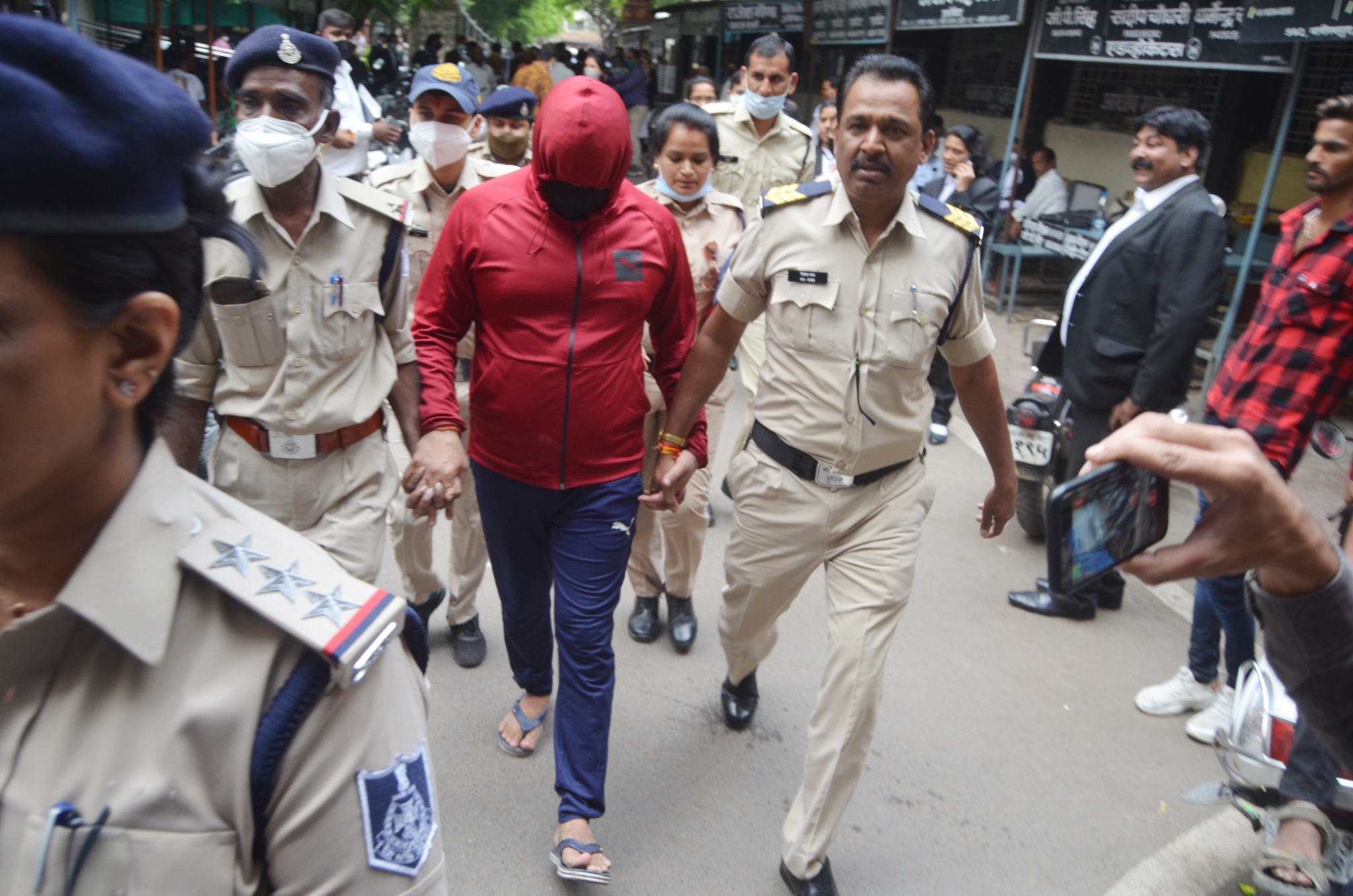 Indore: Days after home minister Narottam Mishra's warning, Karan Morwal, son of a Congress MLA, who was absconding ever since a woman accused him of rape six months back was arrested on Tuesday.

Karan Morwal is the son of Badnagar MLA Murli Morwal. Police had earlier announced a reward of Rs 25,000 on his arrest.

On October 20, the home minister had warned Karan to surrender within two days or else the state government would take strict action against him.

Following a tip-off, Karan Morwal (30) was arrested near Maksi town in Shajapur district, about 80 km from Indore, said Jyoti Sharma, in-charge of the women's police station in Indore.

A joint team of women personnel and crime branch sleuths nabbed the accused while he was going in a car with an accomplice - Rahul Rathore, she said. The accused was remanded in police custody by a local court for a day, an official said.

While on the run, the accused used to change his locations frequently, the official said, adding they are also probing Rathore's role.

After the arrest, a medical examination of the accused was conducted and he was questioned, she said.

According to officials, the rape case was registered against Karan Morwal on April 2 this year at the women's police station in Indore.

The woman complainant had alleged that he raped her on the pretext of marrying her, they said. Meanwhile, the complainant reached the office of the Superintendent of Police (SP) here to meet the officer on Tuesday.

Later, she told reporters that she wanted a fair probe in the matter "because it is being said that the accused has handed himself over to the police as per a coordinated plan".

The victim alleged MLA Murli Morwal misused his position to save his son. The complainant demanded a probe to find out who helped the accused when he was on the run.

On October 19, the police questioned Shivam, the younger brother of the accused, to know where his brother was hiding.

MLA Murli Morwal had on October 19 reached the Palasia police station located adjacent to the women's police station here, and held a closed-door meeting with some officials. He had then ignored queries of media persons on the whereabouts of his absconding son.