The victim, Dheeru Jatav, and Chhaya, residents of Machhawali village, got married two years ago against the will of the girl’s parents.

Shivpuri (Madhya Pradesh): In an alleged case of honour killing, a man was brutally beaten to death by his in-laws in Karera of Shivpuri district on Sunday. The victim, Dheeru Jatav, and Chhaya, residents of Machhawali village, got married two years ago against the will of the girl’s parents.

The victim’s father told that, after Dheeru and Chhaya had a court marriage, Dheeru’s in-laws developed an enmity with him. The couple later went to Ahmedabad for work and returned a few days before Diwali this year.

SP Rajesh Singh Chandel said, “Investigations are underway to arrest the accused. We are also looking for any past criminal record of the accused and the license of the gun involved in the incident might also get cancelled.”

“Dheeru was staying at a relative's house when he went out last night after receiving a call from a cousin, Mahendra, to collect the money that Dheeru had lent him. Dheeru went out with his relative, Balli. But, after some time, Balli came back and informed me that Dheeru’s in-laws, including his father-in-law, Suresh Jatav had caught him, tied his hands and taken him somewhere”, said Brikhbhan Jatav, the victim’s father in his statement to the police.

He further added that when he reached the spot along with Balli, Suresh and his family members were beating Dheeru with rods. One of the accused had a gun and was assaulting Dheeru with its buttstock. Another accused, with an axe, swung it at Dheeru’s neck with the intention of killing him, which finally led to the victim’s death.

Police have registered a case against seven accused and sent the dead body for post-mortem. 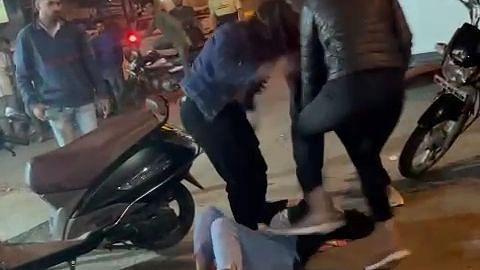