Three days of pool games will be followed by the Quarter-Finals on April 26, the semi-finals on April 28 and the Medal matches, which are scheduled for April 29.

Gwalior (Madhya Pradesh): A total of 14 teams will fight it out to lift the trophy at the 2nd Hockey India Sub Junior Women Academy National Championship 2022 which starts from Friday in Gwalior.

Three days of pool games will be followed by the Quarter-Finals on April 26, the semi-finals on April 28 and the Medal matches, which are scheduled for April 29.

Speaking at the prospect of defending the title, SAI-Academy Head Coach Pradeep Kumar Sarangi said, "It will be a fresh approach because the players are new. They will be playing the Nationals for the first time and this tournament will be a test for them. The girls are really excited about the opportunity they are given, and I only want them to enjoy and play good hockey." The home side Madhya Pradesh Hockey Academy, which finished third in the inaugural edition, is hopeful of making it to the Finals this year.

"80 per cent of players are new to the team and are really excited to play their first Nationals that too on their home turf. It is always a special feeling to play at home, in front of your own people. So, the players are very excited as well as confident about the tournament. Last year we lost in the shootout against SAI - Academy in the semi-final, which was a very close game, so this time we will be more focused and hopeful of making it to the final," stated Madhya Pradesh Hockey Academy Head Coach Vandana Uikey.

Meanwhile, Roundglass Punjab Hockey club Academy Head Coach Navjeet Kaur expressed, "The team is totally new. Players will be playing their life's first-ever National competition, which will be a challenging yet exciting tournament. My girls have worked really hard in this heat, and I just want them to apply whatever they have learnt in the training. This tournament will boost their confidence and it will be a good learning experience for them.

Read Also
Gwalior: Man and his son drown in pit dug up for toilet 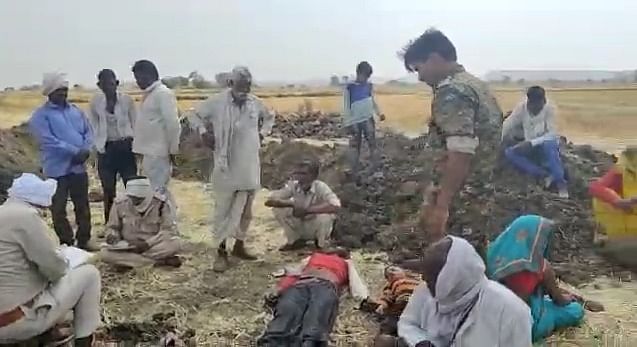