A presentation related to health facilities by the secretary-general, Indian Parliamentary Institute-Population and Development (IAPPD) Manmohan Sharma was also given to the members.
Staff Reporter 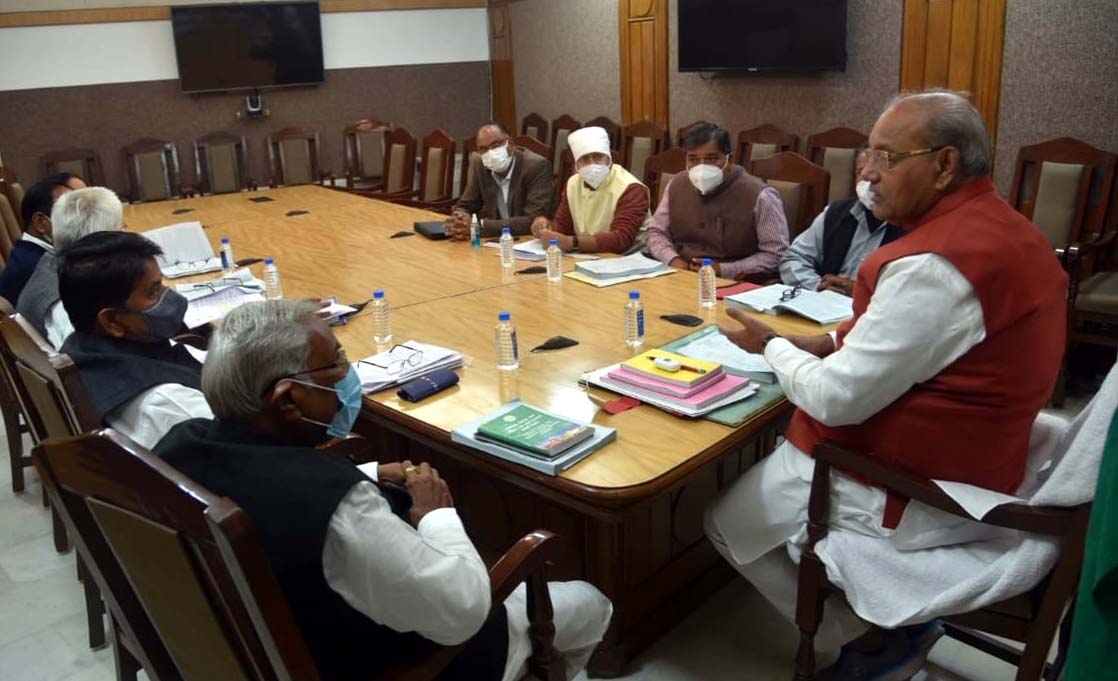 Bhopal (Madhya Pradesh): A discussion on 'Use of the powers of MPs and MLAs for the improvement of reproductive health services during/after COVID-19 in India' was organised by the World Health Organization (WHO) in the state assembly speaker's chamber of the Madhya Pradesh legislative assembly on Tuesday.

During this, a presentation related to health facilities by the secretary general, Indian Parliamentary Institute-Population and Development (IAPPD) Manmohan Sharma was also given to the members.

Addressing the program, speaker of the legislative assembly Girish Gautam said in view of the crisis of Covid-19, a strategy to prevent infectious diseases was necessary.

The speaker said a committee of members should be constituted in this regard, which should be in touch with the concerned stakeholders in future and work in this direction.

He said both education and awareness were needed in the direction of health.

The state government took loans worth Rs 12,000 crore from July 15 to November 31, 2021, from the market through Reserve Bank of India for development works, as per a written reply by finance minister Jagdish Devda in the state assembly. The minister's written reply came in response to a question from Congress MLA Sajjan Singh Verma.

The minister, however, said government didn't have information about the loans taken from other financial institutions. As per the minister's written reply to another MLA's question the loan on the state government as per revised estimate was expected to be Rs 2,53,335 crore at the end of the financial year 2020-21.