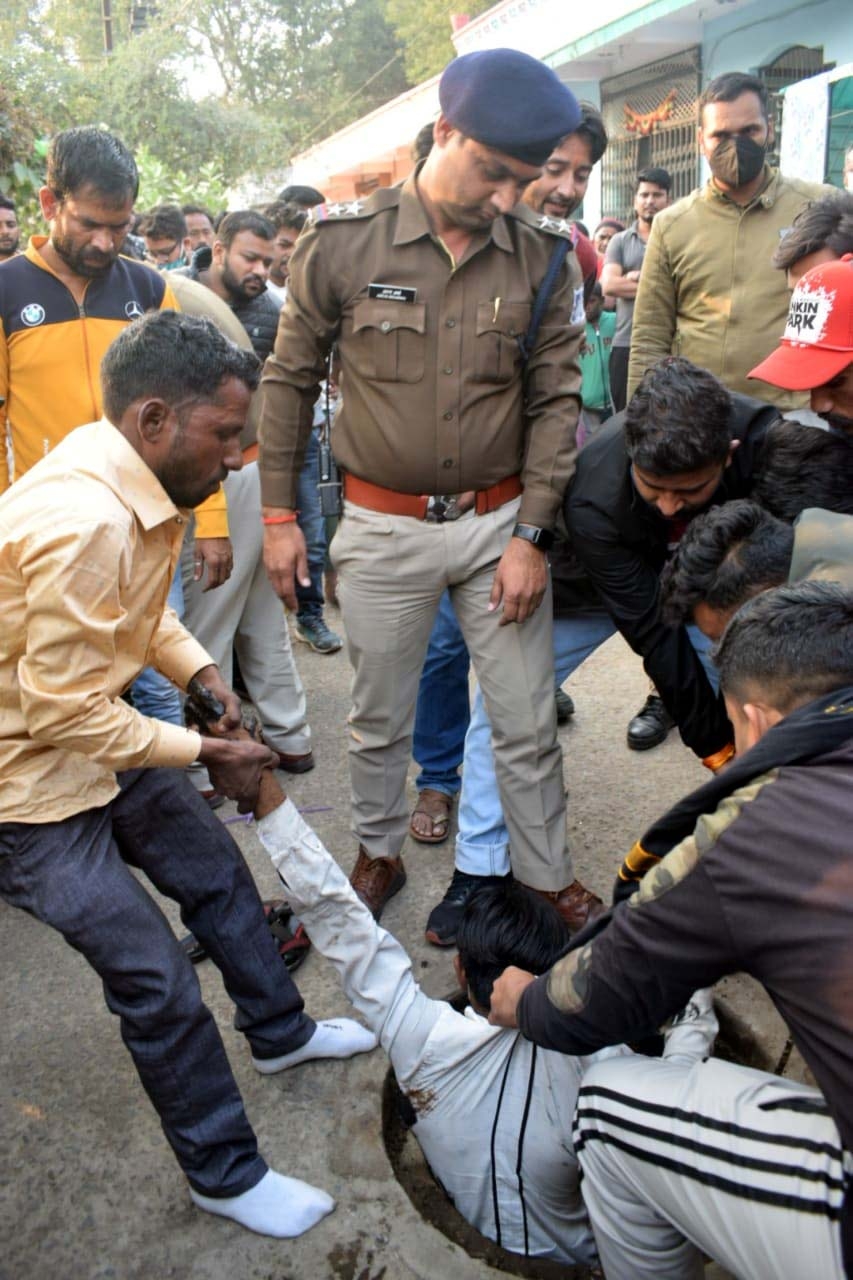 BHOPAL: An FIR has been registered against officials of Gujarat-based Ankita Construction Company after its two staffers, including a minor, died while measuring the depth of a sewage line's manhole in Bhopal. An enquiry report of the Bhopal Municipal Corporation (BMC) said that the incident occurred due to lack of safety standards by the construction company.

The company, which had bagged a contract in 2018 from the Bhopal Municipal Corporation for laying a sewage line failed to follow the safety standard and this led to death of its two staffers, an engineer and a labour, said Gandhi Nagar police station official on Wednesday. Gandhi Nagar police station in-charge Arun Sharma told Free Press that Deepak Kumar Singh (28), an engineer hailing from Kushinagar district in Uttar Pradesh, and his assistant Bharat Singh who is a minor (17) of Jhabua district died when they were trying to measure sewage manhole situated in Laukhedi area here in the city, on Monday. A primary inquiry by Bhopal municipal commissioner revealed the incident took place on Monday due to lack of safety standards by the construction company, said an official statement issued on Tuesday evening. The firm did not provide necessary safety gear required for sewage-related works to its staffers, resulting in the incident, it said

Mishra informed that the civic body has forwarded a complaint to register a case against the officials of the construction company who were responsible for the incident. Following the complaint, a primary investigation was launched and it has come to fore that Laukhedi sewage line in-charge engineer Avkash Sanwalia had sent the two staffers without giving them safety gears. The police have registered the case under section 304-A of IPC against the engineer. No arrest has been made so far in connection with the incident.

On Monday, the two staffers of the firm had got down into the manhole to measure its depth. Some people saw a man lying unresponsive inside an open manhole here and alerted police.A police team rushed to the spot and brought out Dipak Singh from a depth of about 20-feet. After spotting a pair of slippers lying nearby, the police further searched the manhole and found Bharat Singh dead inside.

Sources had said the two may have died of asphyxiation inside the manhole.

Ankita Construction Company project manager Vipul Patel said that the company will provide ex gratia to the kin of two employees. The post-mortem of the two staffers was conducted on Tuesday and the company has arranged an ambulance to send the bodies to their respective hometowns. The company has given around Rs 60,000 to the family of Dipak for the last rites, while Rs 30,000 was given to Bharat’s family for his funeral, he added.

Meanwhile, BMC superintendent engineer Santosh Gupta informed that cheques of Rs 10 lakh each has been prepared and shortly it will be given to the families of the two deceased. Siblings abduct neighbour’s six-year-old son, strangles him to death for revenge in Bhopal;...