BHOPAL: Cyber police Bhopal have busted a gang running a call centre to dupe youths in name of providing jobs in reputed companies, police said on Wednesday. Two cyber crooks were arrested from New Delhi and one from Noida. The gang used OLX platform to lure unemployed youths with job promises.

Deputy Commissioner of Police Amit Kumar told media persons that 32-year-old Satish Kumar Singh was the kingpin of the gang, he along with his accomplices Dhiraj Kumar (36) and Ankit Dubey (26) cheated over more than 100 youths and duped them of over Rs 30 lakh. The racket was running since 2018.

The police have seized the cash amount of Rs 1.97 lakh, six mobile phones, one laptop, one debit card and other equipment from their possession.

DCP said that a youth Shekh Masood had filed a complaint stating that while he was going through OLX app, he came across a job offer.

He was assured a job in a reputed company, however for the same, he was asked to deposit money in the name of various charges like account opening, gate pass, online training, laptop and bond agreement. He was told to deposit Rs 19,300 in the accounts of service providers, which he did as he was in need of a job. However, when he did not receive any job confirmation despite waiting for a long time, he filed a complaint with police on December 29,2021. The police registered case under section 420.

The DCP said that a police team was constituted to look into the case and soon the accused were traced to New Delhi and Noida. Police conducted a raid on their hideout in Delhi and arrested Satish and Dhiraj, while Ankit was arrested from Noida. 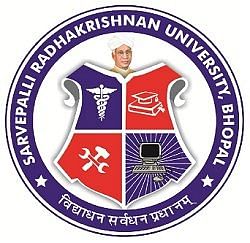