Following Bundeli tradition, women from rural areas arrived with covered faces. They could be seen standing in long queues at polling booths and waiting for their turn to cast vote.

Following Bundeli tradition, women in veil could be seen at polling booths |

Chhatarpur (Madhya Pradesh): Huge turnout of women voters was witnessed in the first phase of three-tier panchayat polls in Chhatarpur district. The elections took place in Chhatarpur after seven years.

Following Bundeli tradition, women from rural areas arrived with covered faces. They could be seen standing in long queues at polling booths and waiting for their turn to cast vote.

The polling was peaceful. In Brajpura village, an employment assistant was suspended by SDM Vinay Dwivedi after the former was found making an appeal to voters at a polling booth to cast vote in favour of his relative.

In Dalaun village, supporters of many candidates contesting in panchayat elections didn’t leave any stone unturned to ensure maximum voting percentage and arranged vehicles for elderly people of rural areas who were unable to reach polling booth.

In Ramanpura village of Dhamchi panchayat, villagers threatened to boycott voting in absence of village approach road, one of their long pending demands. However, SDM Vinay Diwedi along with CSP Lokendra Singh reached the village and assured them of resolving their problem after the election and convinced them to caste vote.

In Niwari village of Chhatarpur block, few women manhandled women police personnel at a polling booth as they were unhappy with latter’s behaviour.

Read Also
Chhatarpur: Laxmibai remembered on her death anniversary in France and Italy 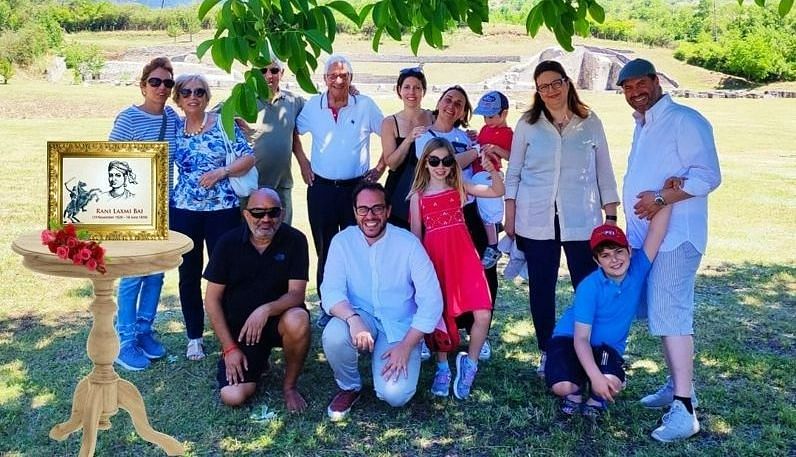