According to initial plans, the cheetahs, the world's fastest land animal, were to be kept in quarantine for a month.

Cheetah from Kuno National Park, Madhya Pradesh |
Follow us on

Bhopal (Madhya Pradesh): The eight cheetahs flown to Madhya Pradesh's Kuno National Park (KNP) from Namibia in mid-September will be moved to an acclimatisation enclosure this month before being released into the wild, a member of the Centre's task force on the big cats has said.

The task force, formed to monitor the cheetahs in KNP in Sheopur district and take a call on their shifting from quarantine zones to a larger enclosure spread over an area of more than five square km, held a meeting on Monday.

At the meeting, it was decided that the spotted cats from the African country will be shifted to the acclimatisation 'boma' (enclosure) in November, the task force member told PTI on condition of anonymity.

The cheetahs will be released in a phased manner in the acclimatisation enclosure, he said, adding that the task force took the decision after lengthy discussions.

Two members of the Centre-appointed body could not attend the meeting due to unavoidable reasons, he said.

Earlier, meetings had remained inconclusive on shifting of the cheetahs, now housed in quarantine zones. The previous meeting was held on October 27 in KNP.

According to initial plans, the cheetahs, the world's fastest land animal, were to be kept in quarantine for a month.

As per international norms, wild animals before and after their translocation to another country have to be in quarantine for a month to check the spread of any infection, experts have said.

The task force was set up by the Union Ministry of Environment, Forests and Climate Change on September 20 to monitor the introduction of cheetahs in KNP and other designated areas.

They are currently housed in six enclosures and are being fed buffalo meat, they said.

The cheetahs were reintroduced in KNP on September 17 at a function by Prime Minister Narendra Modi, heralding the return of the big cats to India 70 years after they were declared extinct in the country.

The last cheetah died in India in Koriya district in present-day Chhattisgarh in 1947, and the species was declared extinct in 1952. 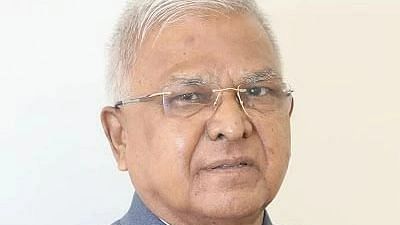