Bhopal:Two women booked for abetment to suicide of youth

Bhopal(Madhya Pradesh): A 21-year old man committed suicide a fortnight back because two women were mounting pressure on him to pay Rs 2 lakh as “compromise money”.

Bagsewaniya police station incharge on Wednesday stated that Manish Singh, resident of Bagmugalia, committed suicide. But before committing suicide, he prepared a video and sent to his cousin brother, in which he had levelled serious allegations against two women - Prachi Jain and Mona Agre. He had committed suicide on June 27.

Earlier, the two had filed the complaint against Manish Singh and said that he beat them at their home. The police had registered case into the matter. The two women then decided to withdraw police case. At present, matter is in the court. To withdraw complaint filed at police station, the two women allegedly demanded “compromise money” of Rs 2 lakh.

Since then, Manish Singh was under pressure, as he was not in a condition to pay the amount.

Manish Singh had told his mother and aunt that he would sell his motorcycle to pay the amount but it was not sufficient. The police have registered the case under Section 306 of IPC against two women but no arrest has been made. 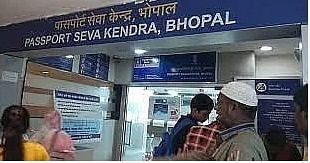 HomeBhopalBhopal:Two women booked for abetment to suicide of youth