Chief minister Shivraj Singh Chouhan and the state BJP president VD Sharma led BJP’s election campaign across the state while state Congress president Kamal Nath did so for his party.

Bhopal (Madhya Pradesh): With civic bodies polls over on Wednesday, the political parties are now eyeing the counting process with much focus on Bhopal and Indore that went to polls in the first phase on July 17.

Both the main political parties- BJP and Congress have their claims and counter-claims to win the polls during the election campaign.

Chief minister Shivraj Singh Chouhan and the state BJP president VD Sharma led BJP’s election campaign across the state while state Congress president Kamal Nath did so for his party. Aam Admi Party (AAP) tried to make inroads in the vote banks of BJP and Congress both to make its presence felt in the stat that it couldn’t do in the past.

The state BJP spokesperson Hitesh Baipai said the BJP was bound to win the polls for all the 16 municipal corporations in the state that it held earlier also.

“Congress has no vision to develop the cities whereas the BJP went to polls with a vision for short-term and long-term goals for the development of the towns in the state. The changes are already visible in the shape of smart cities under the visionary leadership of Prime Minister Narendra Modi and the chief minister Shivraj Singh Chouhan”, he said.

State Congress spokesperson Bhupendra Gupta said, “There is restlessness in the ruling party given the mood of the public, which voted against it. Massive turnout of voters across the state except Bhopal suggested the public mood. The civic body polls are in fact countdown for BJP government’s departure from the state.”

AAP leader Akshya Hunka said the results would be surprising this time. These elections would show how AAP had made inroads in Madhya Pradesh. 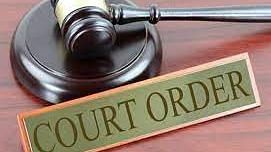