The elections are being held in many tribal areas

Bhopal (Madhya Pradesh): The Panchayat (Extension to Scheduled Areas) Act, on which the Bharatiya Janata Party (BJP) is pinning its hopes in the assembly elections in tribal areas, will be a litmus test for the party in the ensuing urban bodies’ elections.

Six Nagar Palika and 13 Nagar Parishad elections will be held on January 20. Tribal areas are included in these polls. After the outcome of the local polls, it will be clear which party is in a strong position in these areas.

The elections are going to be held in Dhar, Barwani, Anuppur, Khandwa and Guna. Tribal people dominate these districts. The BJP and the Congress have been trying to woo the tribal people in the past few months. The BJP is publicising the PESA Act to drum up the support of the tribal people.

The provisions of the PESA Act were implemented on November 15 in the presence of President Droupadi Murmu.

After implementing the provisions of the Act, Chief Minister Shivraj Singh Chouhan has been touring the tribal areas. The government has been telling the tribal people that implementation of the PESA Act is a revolutionary step.

The outcome of the civic bodies’ polls will indicate how impactful has been the implementation of the PESA Act in tribal areas.

The impact of Jai Adivasi Yuva Sangathan (JAYS) is seen in these local bodies. There are many places where one can see the influence of the organisation.

No political party has opposed the PESA Act. As elections are being held in the tribal areas for the first time after the implementation of the Act, the results will make the picture of the assembly elections clear. 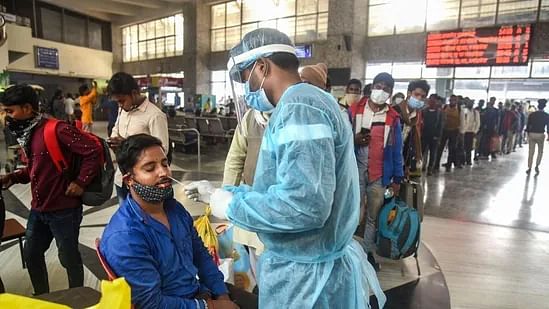