Big cats to be brought from Panna, Bandhavgarh and Bhopal

Bhopal(Madhya Pradesh): Madhav National Park, Shivpuri is expecting the arrival of three tigers by January 15. All the necessary preparations are underway for the translocation of the big cats to the national park. It will be after decades that the roar of tigers will be heard once again in the periphery of Madhav National Park.

Speaking to Free Press, Chief Conservator of Forest [Shivpuri Circle], Uttam Sharma said that three tigers will be translocated to Madhav National Park by January 15. Of the three tigers, one each will be brought from Panna, Bandhavgarh and Bhopal jungles. All enclosures have been prepared for the translocations of tigers. The security in and around the park is also being assessed, he added.

Villagers who were residing inside the park have moved out and only a few families are remaining and they will be sifted soon, the officials said.

The forest staff are being provided necessary training including tracking the tigers. The officer said that as he himself had served in the tiger belt he was also sharing necessary information to the staff about tiger conservation and protection.

A senior forest officer said that before 1947, Madhav National Park used to have a good number of tigers but they all fell prey to hunters. Until then, the Wild Life Protection Act had not come into existence. It is also learnt that on a few occasions, some wandering tigers had forayed inside Madhav National Park and after staying there for a while.

Sources said that one of the tigers moving in the jungles of Ratapani area of Bhopal may be selected for translocation to Madhav National Park. 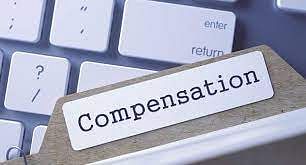