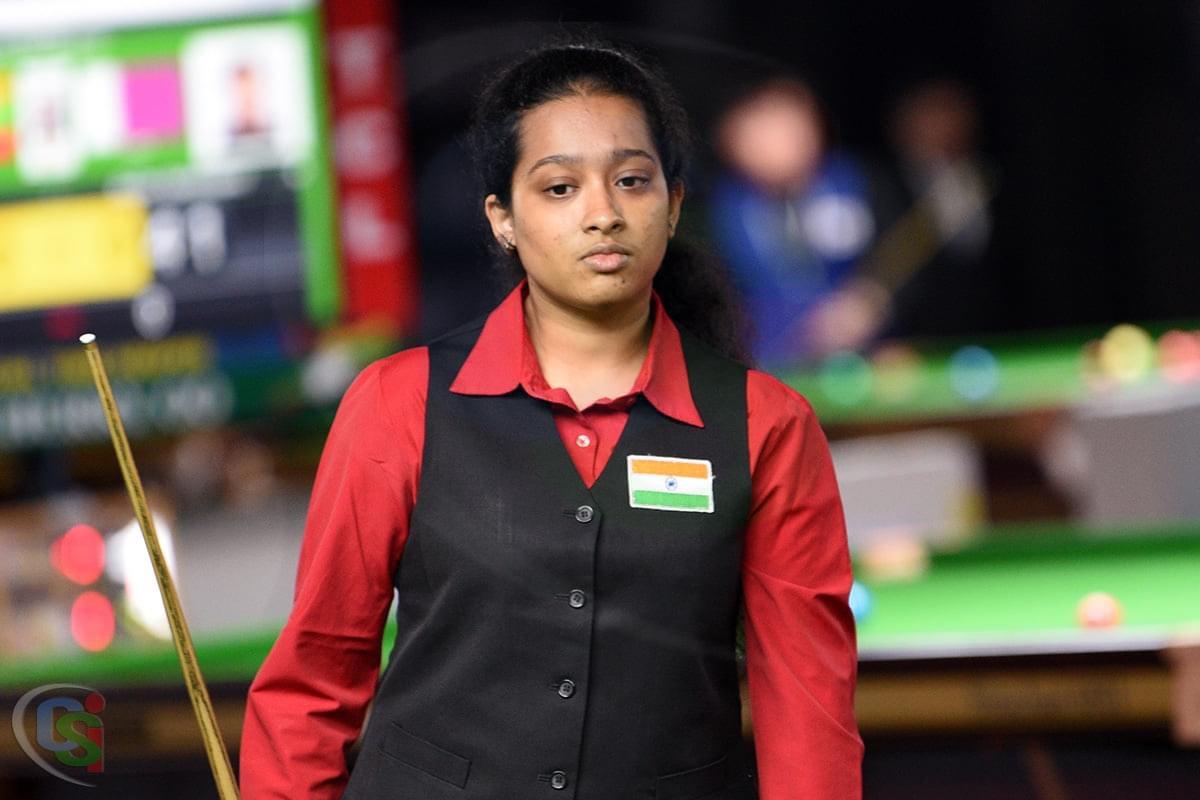 Bhopal (Madhya Pradesh): Anupama Ramchandran of Tamil Nadu got the better of her good friend from Karnataka, Keerthana Pandian to retain her crown of the Junior Girlsí Billiards in an hour long match with a flourish on Tuesday here at Sage University. Keerthana led by almost 30 points half way through, but a classic break of 62 in pressure circumstances put Anupama well ahead and marked the trophy in her name.

Meanwhile, Maharashtraís young cueist Sumehr Mago, also known as the silent assassin in the snooker circle, was in top form on Tuesday as he crashed the hopes of Chandigarh cueist and just crowned sub-juniors snooker national champion Ranveer as he coupled his potting skills with an intelligent tactical play to win this best of seven frames juniorsí snooker quarter final match to enter the semis at Sage University.

Much was expected in the Sumehr-Ranveer clash but Sumehr who has a rare flair for the game, played subtle safely mixing it with immaculate potting to take the first frame and then fired in a break of 65 in the second frame to take ascendancy.

Pocketing the third comfortably, Sumehr was right on top with a lead of 3-0 frames when Ranveer rallied to reduce the lead by wresting the fourth frame. Chalking up a break of 37 and playing with a cool head on the decisive stage in the fifth frame, Ranveer potted the black to win it eventually.

In another quarter final, Rayan Razmi of Maharashtra proved too hot for the promising Telengana youngster, K Vibhas beating him by 4-2 frames. Vibhas gave a good account of his snooker skills both in potting and safety play till the fourth frame taking the third and fourth frames after losing to Rayan.

Nevertheless, tightening his level of concentration, Rayan soon took control to take the next two frames winning the match.