It was the same tiger that moved on premises of Private University Regulatory Commission, School of Excellence and MP Water and Land Management Institute

A tiger that was roaming in the Maulana Azad National Institute of Technology (MANIT) campus captured by the forest officials, in Bhopal on Sunday | ANI
Follow us on

Bhopal(Madhya Pradesh): The two-year-old tiger, which unleashed fear on MANIT campus for more than two weeks, has been caught. Tiger entered the cage to prey on the bait and got trapped late on Saturday night.

It was during morning hours of Sunday that forest officials during routine inspection found tiger trapped inside the cage. It was tranquilised and sent to Satpura Tiger Reserve, DFO Alok Pathak told Free Press.

This tiger was on prowl on MANIT premises from October 2. Forest department officials had sent up three camera traps to catch the big cat, which entered one of them. 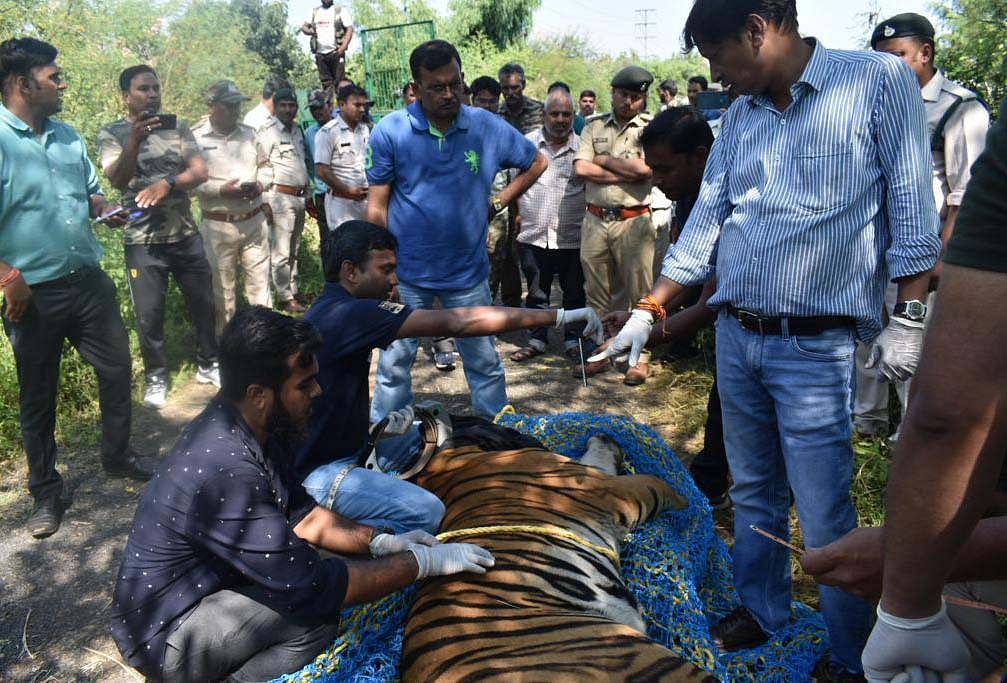 A tiger that was roaming in the Maulana Azad National Institute of Technology (MANIT) campus being captured by the forest officials, in Bhopal on Sunday. | FP

According to Pathak, tiger moved around the cage couple of times before entering it to prey on bait. Moreover, it is the same tiger, which was seen foraying into the premises of Private University Regulatory Commission, School of Excellence and MP Water and Land Management Institute, Bhopal, on Friday.

He added that it was around 10.30 pm on Saturday that people living near MANIT and police personnel saw the tiger returning to MANIT campus. Tiger went near cage around 11.30 pm and around 12 at night, tiger entered the cage and got trapped.

He said that it was on Sunday morning that forest officials tranquilised the tiger after which its medical examination was conducted. At about 12.30 pm on Sunday, tiger was transported to Satpura Tiger Reserve.