Sunil Uikey wants to excel in Boomerang, popularise it

Bhopal (Madhya Pradesh): It was a thrilling experience and a great exposure, says Sunil Uikey, a Gond Adivasi from the city, who has just returned after participating in the ‘World Boomerang Cup -2022’.

India was represented for the first time in the contest, organised at Bordeaux, France from August 15-25.

The Indian team, comprising Uikey, Philip Sathyaraj from Chennai and Jay Singh Yadav from Allahabad, won the sixth place, among the 22 participant countries, in the contest. Uikey was the only and the first player from India to take part in the long-distance throw, one of the individual events at the contest. He got the 14th position.

Uikey, whose father is the state police, had met with a road accident about six years back, leading to considerable loss of mobility and strength in his right hand. “Because of that I have to use my left hand, which is not my dominant hand, for throwing the boomerang. Besides, there are different boomerangs for lefties and righties and I had to procure boomerangs for lefties from Indonesia,” Uikey told Free Press.

Uikey was first introduced to the boomerang about four years back at a workshop on the use of the weapon of the aboriginal Australians as a sport. At the time, he was addicted to PUBG.

He said that he was fascinated by the boomerang and especially by the way it returns into the hands of the thrower. He said that he regularly practices on the grounds of Barkatullah University and Pt Khushilal Sharma Ayurvedic College. “That is because these are covered by grass and so there are fewer chances of boomerangs getting damaged,” he said. 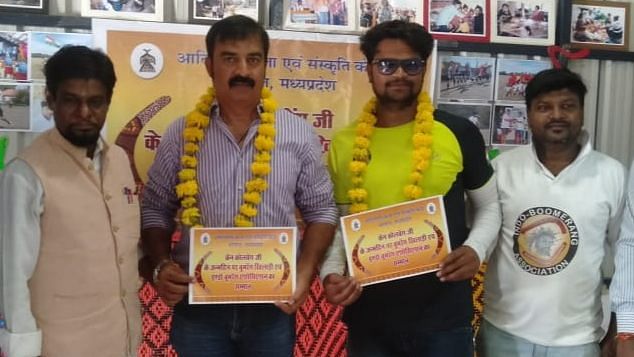 Sunil Uikey and his coach -Vivek Montrose (second and third from right) being felicitated by Adivasi Art and Culture Centre in the city on Friday. | FP Photo

Uikey said that he wants to devote his life to this sport. “I want to excel in it, I want to popularise it and I want to train more and more youngsters in it,” he said. Adivasi Art and Culture Centre,Bhopal felicitated Uikey and Vivek Montrose, Founder President of Indo-Boomerang Association on their success.

Boomerang has been made famous by the character of Mogli. It was originally used as a weapon but now it has become a sport. I had learned using boomerang in 1991 from my Guru Ken Colbung from Australia. The national boomerang association was formed in 2019 and got affiliated with the international federation in 2021. Presently, we have state associations in 16 states and we are training around 700 players, including girls. For the first time in India, we are going to organise the Indo-Australian Boomerang Championship in New Delhi in November this year.

Read Also
Bhopal: CM says no mining to be allowed at Siddha hillocks 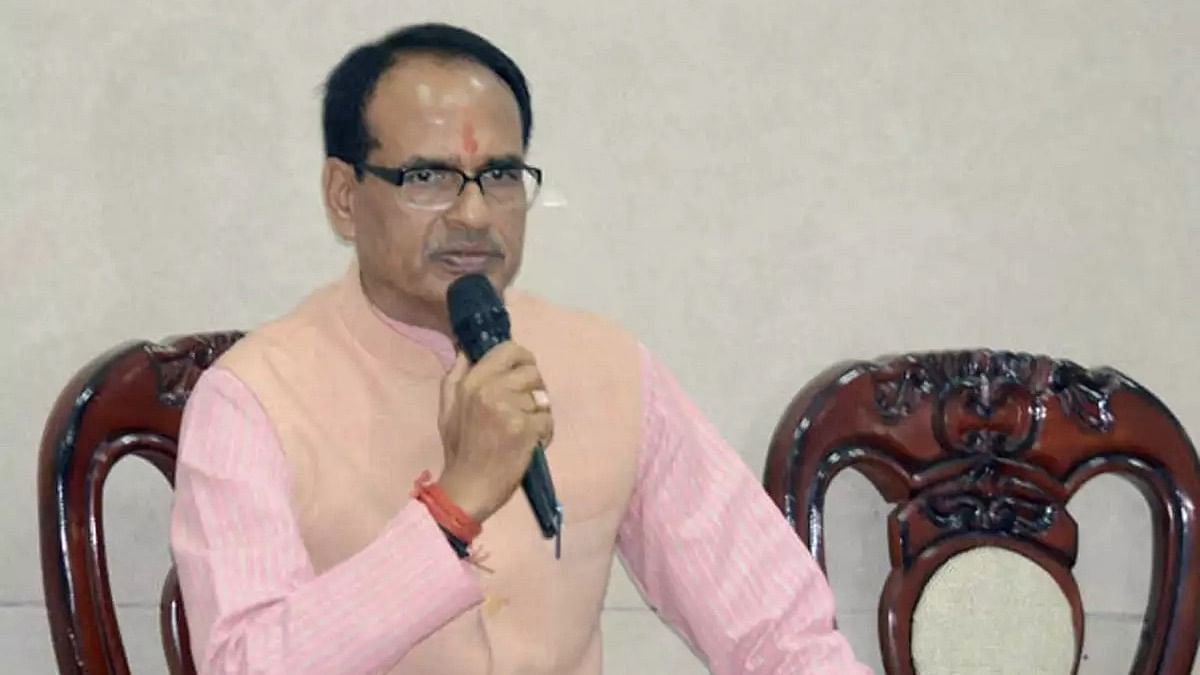