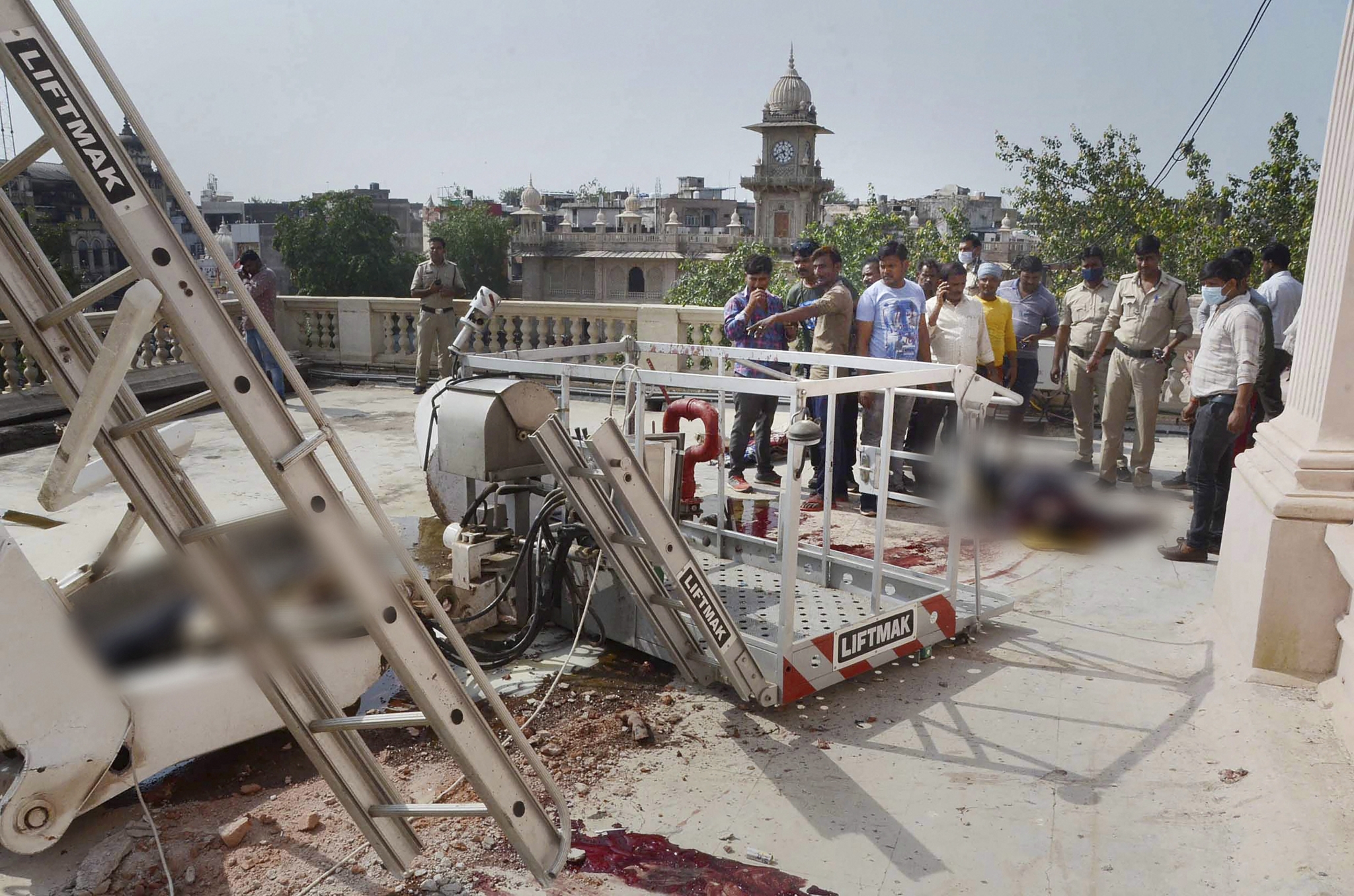 Gwalior: Three employees of Gwalior Municipal Corporation were killed on Saturday morning when a hydraulic crane broke, the officials of the civic body said. Sitting in the trolley bucket of hydraulic crane, four employees were hoisting the national flag at a government building on the premises of Maharaj Bada to celebrate Independence Day on Sunday. Those who lost their lives were Pradeep Rajouria, Kuldeep Dandotia and Vinod Sharma. Three other employees, including the operator of the engine, were critically injured. The crane broke at three places-- jack, boom extension and trolley bucket.

CM Shivraj Singh Chouhan announced Rs 4 lakh ex gratia to the next kin of the deceased and government job to a family member. He also announced that Rs 50,000 would be given to the injured. "The incident occurred when the employees of the corporation were hoisting the national flag. Three people died and the condition of another employee was stated to be critical, SP Amit Sanghi said.