He had then washed student’s dirty clothes before her classmates.

Bhopal (Madhya Pradesh): A school teacher in Shahdol in Madhya Pradesh was suspended after he allegedly asked a 10-year-old tribal student to take off her dirty uniform in front of her classmates.

A picture of the incident, which took place in Bara Kala village of Shahdol district on Friday, surfaced on social media in which the Class 5 student was seen only in her undergarments and the teacher, Shrawan Kumar Tripathi, was seen washing her clothes and other girls standing nearby.

Tripathi, posted as a teacher at a government primary school run by the tribal affairs department in the village himself shared pictures of the incident on a WhatsApp group of the department, terming himself as "Swachhata Mitra". After seeing the girl's soiled uniform, the teacher allegedly asked her to take it off and washed it in front of other students.

Neelam Singh, block education officer of Jaisinghnagar in Shahdol district told the Free Press that they came to know about the incident on Friday through a picture circulating on social media.

“A team visited the school on Saturday. We talked with the parents of the girl, who are farm labourers. They only demanded that the teacher be shifted to another school. But after an inquiry, we decided to place him under suspension,” she said.

Rajeev Sharma, commissioner of Shahdol division told the Free Press that the intentions of the teacher did not seem to be wrong but he should not have done what he did. Singh said that a detailed inquiry will follow in which the teacher will be asked to put his side and further action will be taken thereafter. 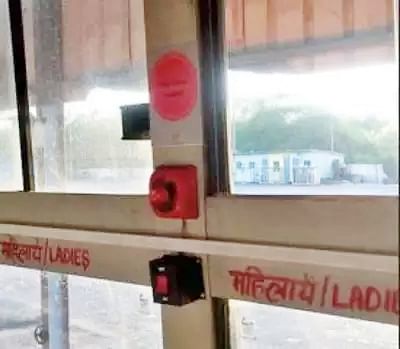