During his three-day visit, the BJP president is expected to participate in several programmes besides holding meetings with the state core committee.

Bhopal (Madhya Pradesh): The state unit of BJP is gearing up to welcome party president J.P. Nadda, who is slated to arrive at the state capital on June 1.

During his three-day visit, the BJP president is expected to participate in several programmes besides holding meetings with the state core committee.

Chief Minister Shivraj Singh Chouhan, along with state party president Vishnu Dutt Sharma, on Monday visited and inspected the preparations in Motilal Nehru stadium, where a special convention of the party leaders would be addressed by Nadda on June 1.

During the inspection, Chouhan and other senior BJP leaders held a discussion on the programme ahead of the leader's visit. Earlier, Vishnu Dutt Sharma had announced that the party would be a historic welcome to the party's national head in Bhopal.

More than 5,000 BJP workers and leaders are expected to assemble at Motilal Nehru stadium to welcome the BJP president. Party sources told IANS that the programme will be attended by everyone -- from block level head to district heads of the party from across the state.

After addressing the party's convention, Nadda will be meeting the state core committee and the election committee members, which has been re-formed a couple of days back. The party has inducted members in both the committees considering the regional and caste factors.

For instance, former cabinet minister and MLA from Rewa - Rajendra Shukla has been included in both the committees. Similarly, the party has also included Kavita Patidar, an OBC woman face from Indore division, who is now BJP's candidate for Rajya Sabha polls from Madhya Pradesh.

After chairing meetings with state working committee members in Bhopal, Nadda is scheduled to visit Jabalpur where he will hold meetings with booth, mandal and district level workers of the party.

Meanwhile, he will also address a programme organised by the youth wing of the BJP in Jabalpur. 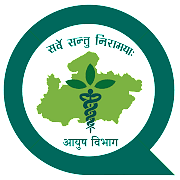