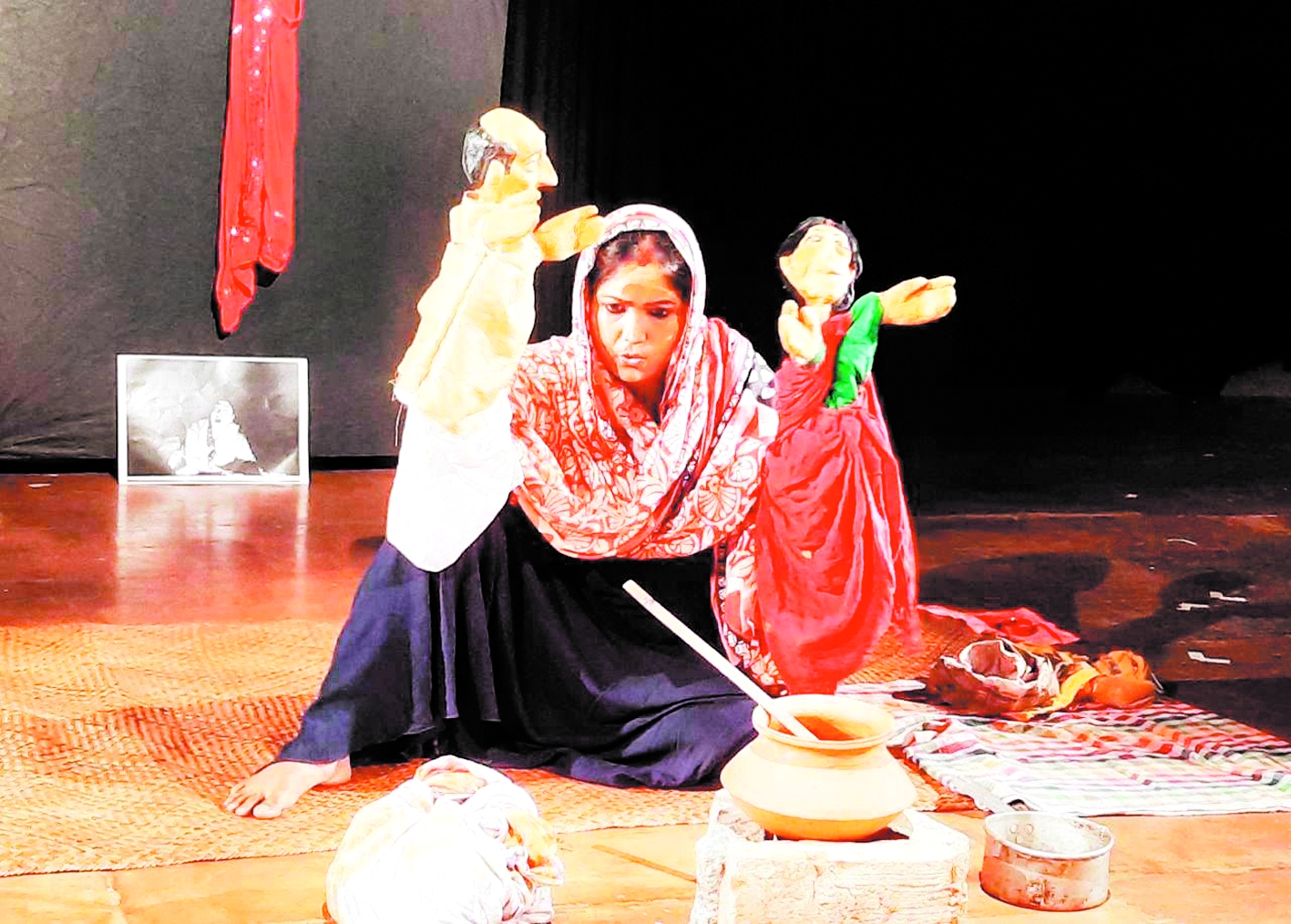 A scene from play |

BHOPAL: Play, Shitalpatti, which depicts the problem of livelihood in times of corona, was staged on Monday.

It was part of the sixth day of eight-day ‘Shadow Box Theatre Festival 2021, organised by Shadow Group , Bhopal to mark its 20th foundation day.

Directed by Sanchita and dramatised by Ashish Goswami , the solo act is based on the short story, written by Vibhuti Bhushan Bandyopadhyay. Sanjita presented the saga using puppet beautifully.

The play revolves around a mother's struggle. She is struggling to keep her son and herself alive in the difficult times of pandemic. She has neither work nor food. She is abandoned by her husband. Their survival includes begging and even stealing food. It also includes an attempt to commit suicide by fleeing this humiliated life.

She leaves her village and goes to a brothel in the frontier town. She is worried about child’s future. She hands him over to a friend of her husband and lives with her own livelihood.