The local administration claimed that more than 1 lakh sterilisation surgeries were performed on stray dogs in the city in around five and a half years. | FP
Follow us on

The local administration claimed that more than 1 lakh sterilisation surgeries were performed on stray dogs in the city in about five and a half years. A sum of Rs 7 crore was spent on sterilization in Bhopal during this period. Despite this, the dog population is growing in the city and cases of dog-attack are on the rise. Children playing on roads and pedestrians are their easy prey. The stray dogs target the two-wheeler riders and chase the moving vehicles.

A sum of Rs 7 crore was spent on sterilization in Bhopal in last five years . | FP

On Wednesday, a dog had attacked a 7-year-old Suhani of Banskhedi, Kolar leaving her severely injured. The girl underwent eye surgery and is recuperating at Hamidia Hospital. Dr Ashish Gohiya, medical superintendent of Hamidia Hospital on Friday said that the girl’s condition is stable. “Damaged eyelids have been repaired and the eye sight will also be restored but it will take time,” he added.

This was the fourth major dog-attack case the state capital witnessed this year. Previously, High Court, principal bench, Jabalpur, had taken up suo motu cognizance of the report of four-year-old girl severely injured in a dog-attack case earlier this January in Bagh Sewaniya, Hoshangabad Road. A video of the child being attacked by stray dogs had gone viral .

The court had then asked the counsel for the state government to present in the court directives given by the Supreme Court to prevent such incidents. Chief secretary, secretary, home and urban administration, collector and municipal commissioner, Bhopal were made a party in the suo motu petition. But even after, cases are on rise in the state capital.

On dog bites cases, the Supreme Court, in May 2022, vacated its interim stay order on operation of Delhi High Court verdict which had held that community dogs have the right to food and citizens have the right to feed them and had framed guidelines on feeding stray dogs. The Delhi High Court order clearly mentions that stray dogs must be fed at areas designated by the Animal Welfare Board of India (AWBI) in consultation with the RWAs/Municipal Corporations. 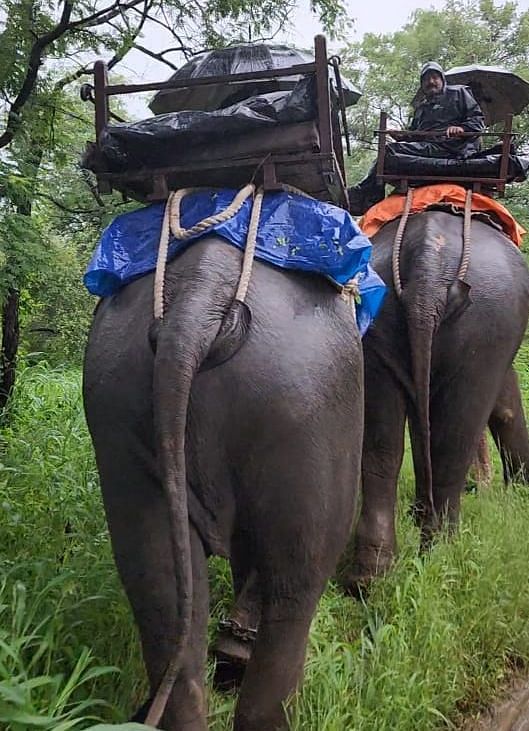