The former MP during his visit to the district held discussions with public representatives and party leader about the development works being undertaken in the district.
Staff Reporter 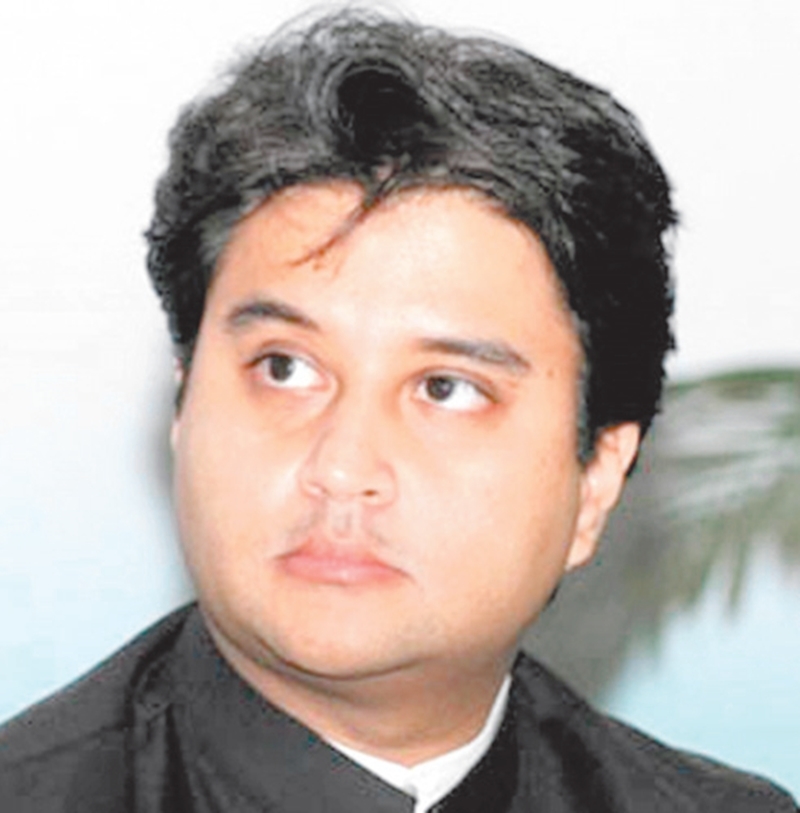 BHOPAL: AICC general secretary Jyotiraditya Scindia in a letter to Chief Minister Kamal Nath on Friday apprised him of the woes of the people of Datia and demanding initiation of development projects in the district.

The former MP during his visit to the district held discussions with public representatives and party leader about the development works being undertaken in the district. Scindia, however, was not pleased with their replies as he was told that the district was far behind as far as development was concerned. The party leaders informed the party general secretary of the issues of the people and their plight.

After noting the same, Scindia in his eight-point letter to CM, demanded a new college in the town as the old one has limited seats and a number of eligible students were denied admission due to lack of seats. He even raised concern over the depilated roads and particularly mentioned the road leading to Pitambra Peeth and those connecting district headquarters.

Making Badoni a new block, appointment of gynaecologist at Sevda government hospital, gaushala for district were among the demands raised by the Congress leader in his letter.

He also demanded immediate disbursal of the compensation to rain-affected farmers as it would help them in sowing Rabi crop.