People tried hard to help the driver out of mangled vehicles, however, both his legs were severely damaged

Bhopal(Madhya Pradesh): A school bus coming on the wrong side on the highway collided head-on with a truck in an area under Sarai Chhola police station of district Morena, on Thursday. The accident left 15 students injured, two seriously, while both the legs of the bus driver were severely damaged, said the police. There were 17 students in the bus when it met with the accident. Two students received minor injuries.

The passersby rushed to the rescue of the children. The news of the school bus accident spread like wildfire and the parents of the students rushed to the spot. The injured students were taken to hospital.

Police station in-charge Shiv Kumar Sharma told Free Press that school bus was heading to drop the children to their home in Morena city when it met with the accident.

The bus was heading towards the city on the wrong side of the road when it hit a truck coming from the opposite direction near the crossing. The collision was so intense that the bus driver Gajendra Singh Gurjar got stuck between his bus and the truck. People tried hard to help the driver out of the mangled vehicles, however, his both legs were severely damaged while he was being pulled out. The condition of the driver is stated to be stable. As many as 15 students sustained injuries, two of them seriously. Their condition is said to be out of danger. Currently eight students have been hospitalized, while the rest were given primary treatment and discharged.

The police have seized the truck and arrested the driver.

The police added that in a primary investigation it has come to fore that the school bus driver was coming on the wrong side leading to the accident. 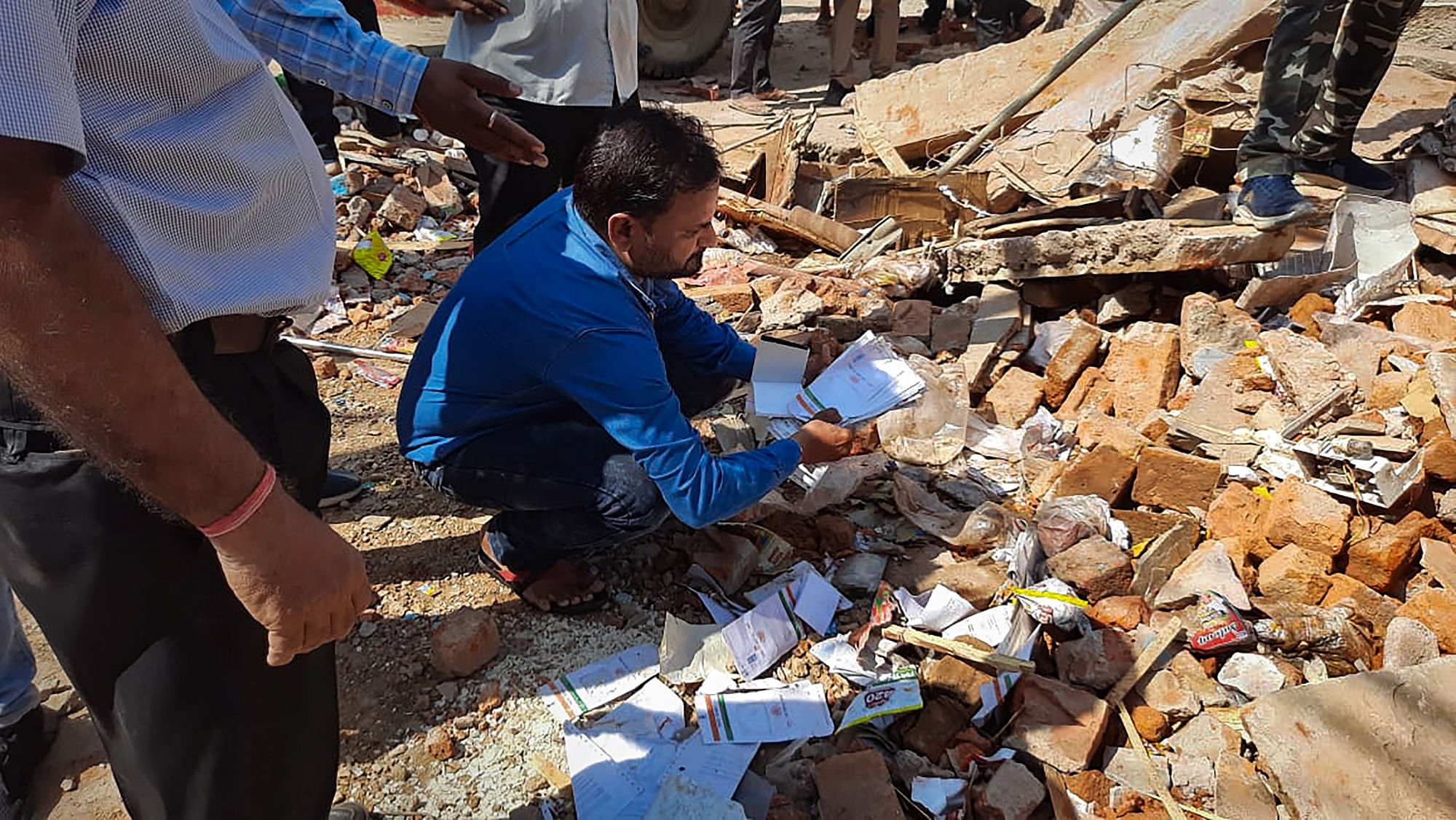