Bhopal(Madhya Pradesh): The mobile court’s legal action against encroachers in New Market on Thursday led to demonstration with shopkeepers pulling down their shutters in protest. The mobile court at the New market issued challans to vendors and traders over encroachment. However, the legal action did not go down well with the traders.

The New Market Traders’ Association protesting the action, shut down their stores and even threatened 3-day Bandh. However, they soon decided against the bandh keeping in view the thriving wedding season business. Closing shops for three days in the middle of peak business season would have incurred them huge losses.

Objecting to the action of the mobile court, the association president Sanjay Valecha called upon the shopkeepers to close down their business establishments. On his call, many shopkeepers pulled down their shutters, however, the business activity resumed after association’s former president Satish Gangarade, general secretary Ajay Dewnani intervened. 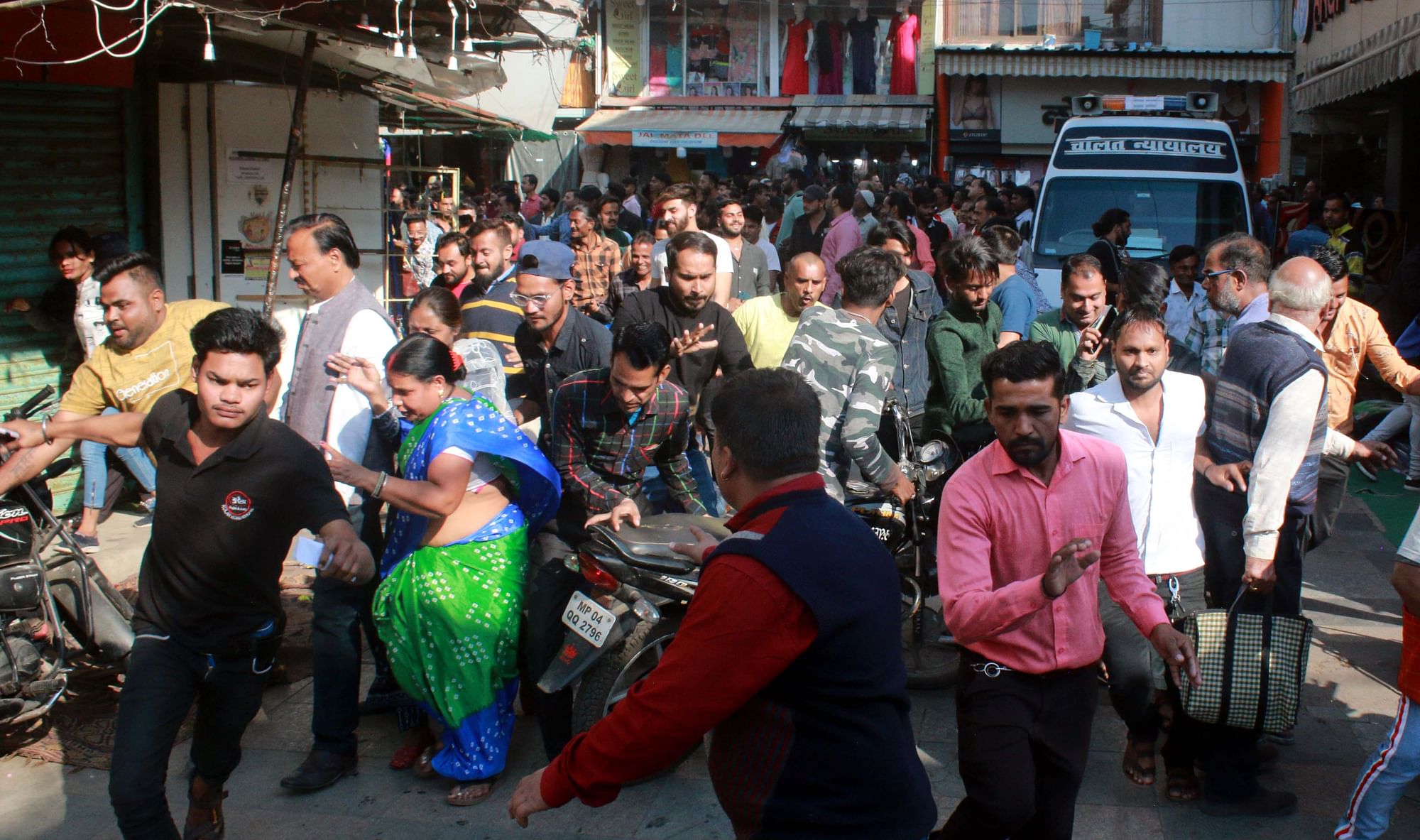 Ruckus in New market as the mobile court arrives | FP

“We have taken action against encroachers at new Market, Jahangirabad, Bhopal Railway station platform no-1 and Ashoka Garden. Challans have been issued to them.”

“ We cooperated with authorities against action against encroachers in New market. We are not going on 3-day bandh as it is marriage season and closing shop would affect the business. New market will remain open.”

The association office-bearer argued that Bhopal Municipal Corporation (BMC) penalize the traders even for displaying goods and products outside the shops, while no action is being initiated against people who have encroached upon the area in the market. The shops have been closed to protest the dual police of the authorities, they added.

BMC’s encroachment removal gang vacated the places illegally occupied at the New Market. As soon as the news of the visit of mobile court and civic body team spread in the new market, many traders pulled down their shutters to escape from being penalized. The traders gathered in front of the Khedapati Hanuman temple in protest.