Accused Shamsher had confessed to have killed and buried the labourer's body in his house.

Bhopal(Madhya Pradesh): The two accused who had killed a labourer had prepared a sketch of a knife, dead body on a shopping paper bag and also wrote 50 names on it to mislead police about the killer.

Police had arrested notorious criminal Shamsher Khan on May 24 when he was found roaming with a covered ‘severed head’ in Sai Baba Nagar of Habibganj area threatening people that they will be beheaded like Shiva if they tried  come in his way.

During interrogation, Shamsher revealed that he had buried a body in his house.

Shamsher (38) and his live-in partner Asha Thakur (32) confessed to have killed the labourer. The body was dug out the next morning and the forensic team collected evidence from the spot.  Police also collected documents and papers from the house.

“When I was going through the papers, I saw a sketch on a paper bag in which a knife, a dead body and a few names were written. On studying it we came to conclusion that Shamsher or Asha wanted to frame as many as 50 people in the murder of the labourer,” Prajapati added.

He also added that the two were planning to leave the house without informing anyone. They thought that when someone would come looking for them in the house they would find the dead body and also the paper bag with a sketch and names on it. The police would then call up the 50 people to ascertain the man behind Shiva’s murder.

Police will take the help of a writing expert and get the handwriting samples of the two verified to ascertain who made the sketch and written names on the paper bag, said the cop. 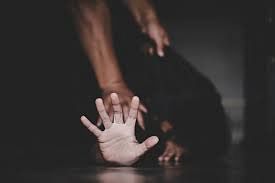