KK performs before a huge crowd at his concert in Bhopal in 2016. |

BHOPAL (Madhya Pradesh): The sudden demise of versatile playback singer KK has come as a rude shock to the singers as well as his fans in the city.

Krishnakumar Kunnath,popularly known as KK who passed away within hours of performing at a concert in Kolkata on Tuesday night, had a soulful voice, capable of holding his audience in thrall.

KK had performed live in the city twice, the last time in 2016. His concert organized by AISECT (now Rabindranath Tagore University) was a big hit. University’s registrar Dr. Vijay Singh said that at the time the singer had told the crowd, “This is my second concert in the city. I could not see the lakes in your city either last time or this time. I will now come here again just to see the lake,” Singh said.

According to Vijay Pratap Singh, PRO of the university, KK was supposed to perform for 90 minutes. “However, when he saw the huge and enthusiastic crowd, he sang for an extra 30 minutes,” he said. Singh said that, unlike many celebrities, KK was extremely down-to-earth and affable. “He readily agreed to shoot selfies with many of our staffers,” Singh said.

Chief minister Shivraj Singh Chouhan has condoled the untimely demise of popular playback singer Krishna Kumar Kunnath aka KK. Paying tribute to the singer, Chouhan said that the world of music has suffered a huge loss with the untimely demise of the singer, who won hearts with his melodious voice and mesmerising personality. He was an admirable singer and the void created by his death can never be filled.

Singer Anil Nagrurkar said that he had talked with KK in 2018 in connection with a concert planned for the International Labour Day at Singrauli. The event was to be organized by the trade unions of coal workers of Northern Coalfields Limited. The concert could not materialize. “His demise is very shocking and very sad. He was so energetic,” Nagrukar said. He lamented that due to their busy lives, top artists sometimes neglect their health.

Singer Sunil Shukraware said that KK was a terrific artist, who could sing romantic songs as effortlessly as songs about a past that would never return. “He was one of my favorites,” Shukraware said. “It is really sad that good singers are leaving us one by one. What can I say? It’s God's will,” he said.

Akash, 36, who is the registrar of a private university, attended KK’s concert in 2016. “It was an ethereal experience. The huge crowd was completely mesmerized,” he said. Akash said that KK departed from this world too early. “Is 53 the age to die?” he asked.

Manjari Kale, 57, a homemaker said that “KK had a soulful voice. Listening to his songs was so soothing and joyful.”

Sushmita Haldar, 26, who works for a private company said, “We have lost one more diamond,”. Sushmita said that she had first heard KK’s songs when she was 14. “Since then, I have been his great fan. I hear his songs back-to-back. Can't believe that such a legend is no longer with us,” she said.

Haldar paid tributes to the late singer in the following words on her WhatsApp status:

Danced with Ab to forever… 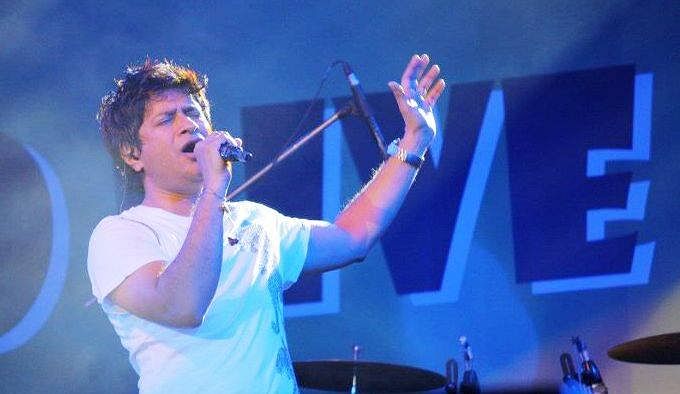