The district administration razed portion of Saini restaurant over encroachment in Bhopal on Monday . | FP

Bhopal(Madhya Pradesh): Hours after the Food and Drugs (FDA) team raided Saini Restaurant on Karond Chouraha on Monday, the district administration razed the restaurant over encroachment. The officials said that government land worth Rs 1 crore was freed from encroachment.

The authorities also imposed a fine under  Cigarettes and Other Tobacco Products Act ( COTPA Act) to prohibit advertisement of, and to provide for the regulation of trade and commerce in, and production, supply and distribution of cigarettes and other tobacco products. 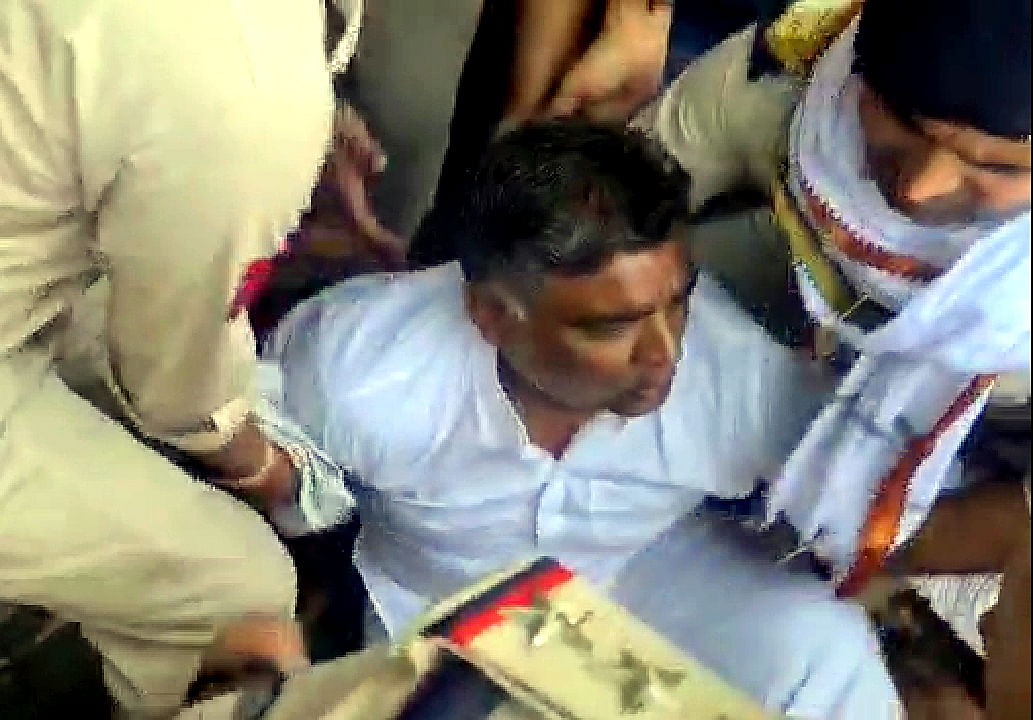 Congress leader Manoj Shukla opposed the district administration’s action alleging that the demolition was done without issuing any notice. | FP

SDM Manoj Verma said, “Restaurant has been demolished after the FDA raid. Fine was imposed at Saini Restaurant under Cigarettes and Other Tobacco Products Act (COTPA Act) for sale of cigarettes and other tobacco products.” Verma said that authorities also seized domestic LPG cylinders from the restaurant. Child labourers were also found working at the restaurant. Labour department has issued notice to the restaurant owner asking them to reply within three days, the SDM said.

Shukla said that Karond area Congress leader Gita Prasad Saini runs the restaurant. FDA team raided the restaurant and on the same day the district administration bulldozed it, which is not justified and so we protest against the action of the administration, said Shukla. FDA Teams collect samples of food items and never bring JCB machines along. But after the raid, they demolished the restaurant on grounds of encroachment, he added.