Salute to the minister who has already been done away with: CM.

Bhopal (Madhya Pradesh): Expressing displeasure over police constables and other government employees working at officers' bungalows in violation of rules, Chief Minister Shivraj Singh Chouhan said on Tuesday that such employees should work in their departments, instead of bungalows.

Chouhan was reviewing the law and order situation in the state in a meeting at Mantralaya. Chief Secretary Iqbal Singh Bains, DGP Sudhir Saxena, ADG (Intelligence) Adarsh Katiyar, Officer on Special Duty (OSD) in the CM secretariat Yogesh Chaudhary and several other officers from police and home department attended the meeting.

Chouhan said, "Number of police personnel and other government employees working at officers' bungalows should be reduced. They should be used in the interest of the public. The officers should have employees at their residences as per their eligibility."

"I got the system of salute to ministers done away with. Slavery (gulami) at officers' bungalows will not be allowed too", said the CM sending out a clear message to bureaucracy.

The CM, however, appreciated the officials for the handling the programmes and processions on Hanuman Jayanti.

He asked the officers to maintain the same spirit to ensure upcoming festivals like Parashuram Jayanti and Eid are observed peacefully.

Chouhan instructed officials to have the government land freed from the possession of rioters or mafia.

He said the action taken in Bhopal on Monday to remove encroachment on government land was a correct action.

He asked police officers to work in association with the district administration.

He said as much as 21,000 acre was freed across the state and the campaign against encroachment on government land would continue.

The land, thus freed, would be given to the poor, he added and instructed the officials to maintain public connect and must tour their respective districts.

"Give me a list of officers who are not going in the field", said the CM and asked the officials concerned to reconstitute the village committees and take action against those who help anti-social elements. 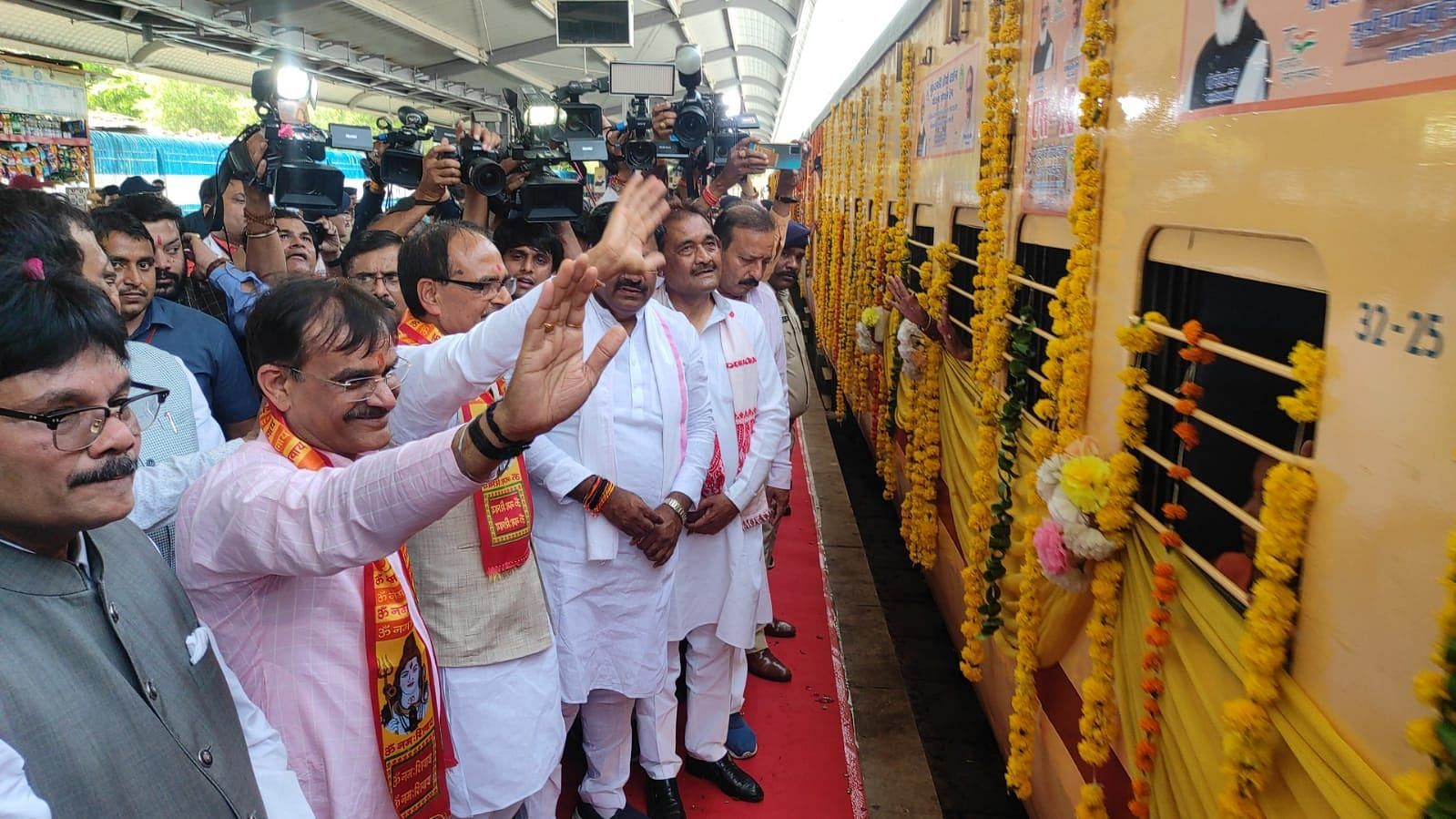 Mukhyamantri Teerth Darshan Yojana relaunched: Train from Bhopal chugs off with 900 pilgrims to...