The proposed fire safety bill is likely to be tabled in the next assembly session, sources said.

Bhopal (Madhya Pradesh): The state government is still working on fire safety bill and tenancy bill though their drafts were prepared long back. Earlier, the bills were to be tabled before assembly’s winter session but nothing moved. The state government has decided to come up with Fire Safety Act. Urban Administration Department Minister Bhupendra Singh had asked officers to prepare the bill by studying Fire Safety Acts of other states, specially Maharastra and New Delhi. Officers have visited other states and studied their fire safety acts.

After this, they prepared the draft by including best practices and provisions of other states. An Urban Administration Department official told Free Press that new Principal Secretary was going through the bills and some amendments were likely in the draft. The proposed fire safety bill is likely to be tabled in the next assembly session, sources said. The draft of tenancy bill was prepared by studying the Model Tenancy Act of the central government, which provides rights to both owner and the tenants under the agreement. Madhya Pradesh government wants to come up with its own tenancy law to safeguard interest of owners and tenants. 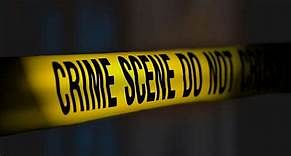