Bhopal (Madhya Pradesh): Ten months have passed since Sudhir Saxena took over as the head of the state’s law enforcement agency, but he is still a temporary director general of police (DGP).

Saxena was appointed as DGP on March 4 last year when returned to the state after his deputation to the Centre.

The post of DGP is treated confirmed only when an order is issued on the grounds of a UPSC panel.  Nevertheless, no such order has been issued in case of Saxena.

Until the confirmation order is issued, it considered that he may be shifted anytime.

According to the DGP’s appointment norms, a list consisting of the names of probable candidates for the post is sent to the UPSC which, in turn, sends a panel comprising three names. The state government selects one of the three officers for the post of DGP.

Along with the name of Saxena, UPSC sent the names of two other officers. The panel comprises the name of DG (jails) Arvind Kumar and DG (home guards) Pawan Jain.

Nevertheless, seven months have passed since the panel was sent to the administration, but the state government has yet to issue an order confirming Saxena’s appointment.

Saxena is retiring in November next year. It is necessary to appoint a DGP for two years. Saxena’s tenure is for two and a half years, but he will be able to complete his term only when his appointment is confirmed.

Jain is retiring in July this year and Arvind Kumar in May 2025.

As order confirming the appointment of Saxena has yet to be issued, if the government wants, it can appoint another officer as DGP.

Nevertheless, the government seems to be in no mood to do that, but Saxena is in a dilemma, since the order confirming has not been issued. 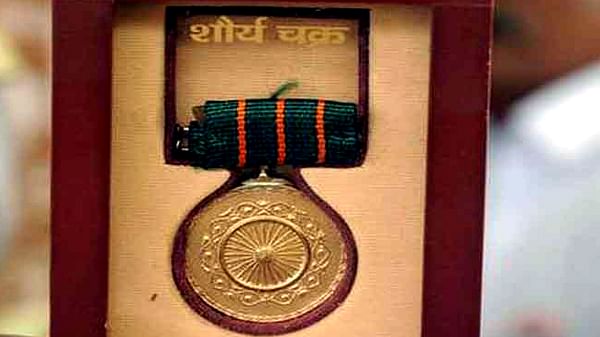