The members of runner’s team, who reached Bhopal on Sunday, took part in plantation programme with chief minister at Smart Park.

Bhopal (Madhya Pradesh): Chief Minister Shivraj Singh Chouhan has said that efforts to generate public awareness about depression were important. The efforts of Himalaya Knights, an organisation involved in the work of saving people from depression by organising races and other awareness activities, are exemplary. He said that the effort being made by the youths to run the world’s longest relay race against depression was commendable. About 30 runners will take part in the race of about 8,000 kilometres. This race, which started from Chandigarh on November 10, circumabulated Mahakal Lok on November 19. A distance of 250 kilometres is covered everyday. It is a 24-hour race. The race will continue for 36 days. The route will cover Haryana, Delhi, Rajasthan, Gujarat, Madhya Pradesh and other states. It will end in New Delhi. The members of runner’s team, who reached Bhopal on Sunday, took part in plantation programme with chief minister at Smart Park. He also interacted with Sandeep Arya, a disabled member of the runner team and four girls. During the plantation, the members of the runners’ team gave information about the campaign against depression. He congratulated all the members of the team for their efforts. 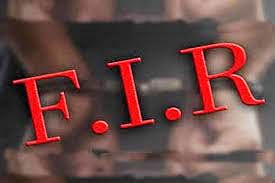