Later he was suspended
Staff Reporter 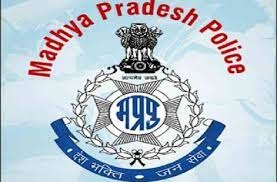 BHOPAL/SHIVPURI: A cop was suspended for accepting two dozen bananas as 'bribe' from a truck driver in Shivpuri. In fact, after the truck driver expressed his inability to give money as bribe, the cop asked him to give bananas in bribe. A video of the cop's act went viral on Tuesday resulting in his prompt suspension. Senior officials sent him to Police Lines on Wednesday.

According to reports, head constable Bhagwan Lal was posted at Lukwasa police outpost of Kolaras police station. He allegedly demanded Rs 500 from the driver of a banana-laden truck as 'charge' for allowing him to cross the outpost. After the driver expressed inability to pay the bribe, Lal allegedly took 24 bananas from a bundle in the truck and allowed him to go. Later, the truck driver shared the video of the incident with his friends. Soon the video became viral and reached senior police officials, who immediately ordered action against the policeman. A departmental inquiry has also been ordered against the cop.

In the video, a few men were also seen misbehaving with the driver. Sources said that the truck driver had planned to shoot the video of the cop's act as he had been made aware of bribery demand by his fellow drivers travelling on the route. Shivpuri SP Rajesh Singh Chandel said the video was circulated on Tuesday. It was an objectionable act by the cop, he said. Whether he had sought bribe or someone offered him bananas would be probed, he added.