Payments of over Rs 300 crore are pending with the Bhopal municipal corporation , claim contractors
Staff Reporter 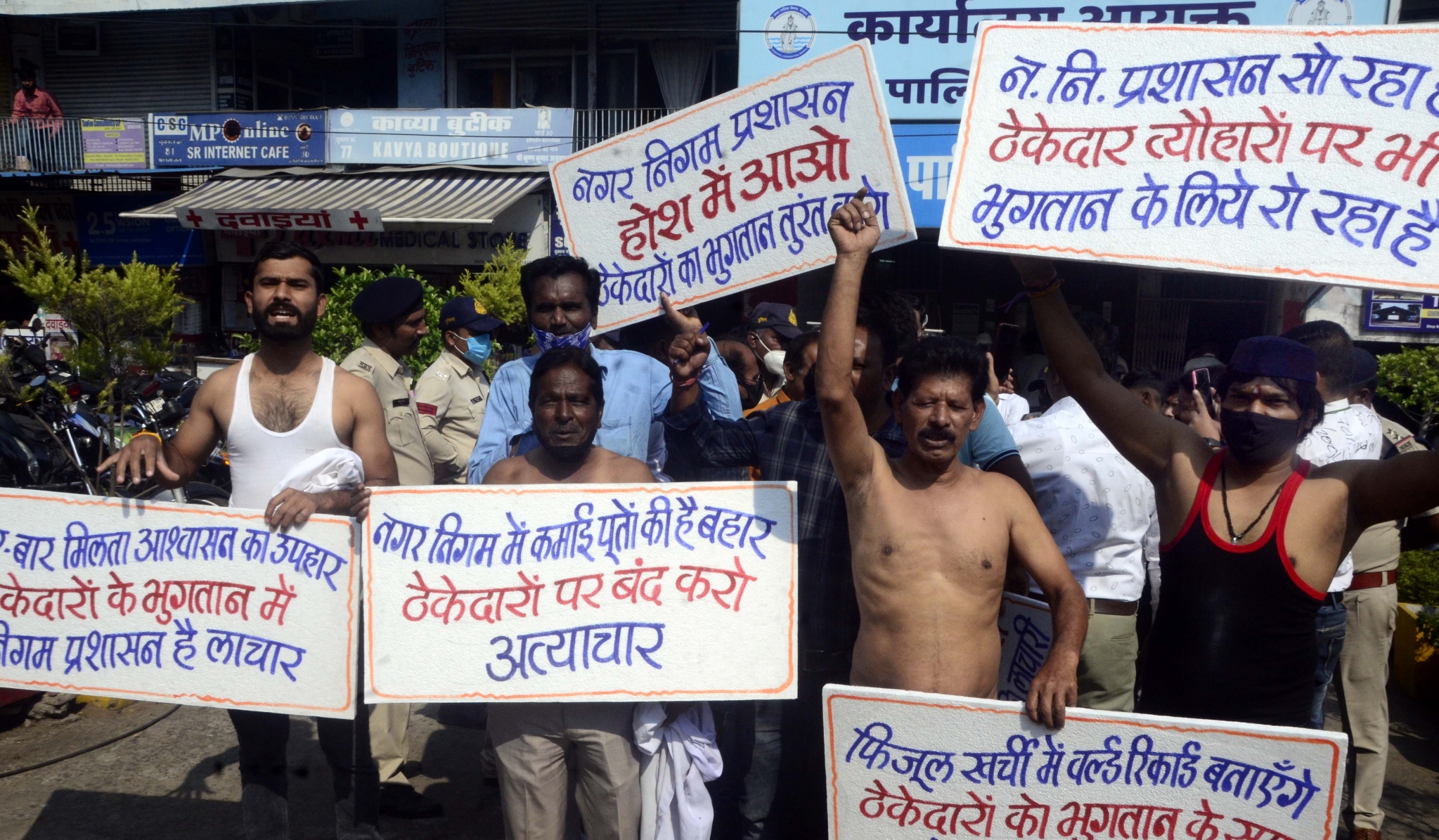 BHOPAL: The contractors working for Bhopal Municipal Corporation (BMC) staged a semi-naked protest in front of the civic body headquarters here over non-payment of dues on Monday. The protesters alleged that their bills were pending with the civic body for over two years now.

As many as 20 half-clad contractors staged a sit-in in front of BMC headquarters at Mata Mandir raising slogans against the civic body official. Alleging their dues were pending with the municipal body, the contractors alleged that the officials make payment of less than 10 per cent of their bills whenever they mount pressure upon them. As per the contractors, the civic body has to make payment of over Rs 300 crore to them.

The representatives of over 350 contractors came to the BMC headquarter in the afternoon and raised slogans in support of their demand. The protesters said that they have been knocking the doors of officials for their dues but all their pleas went unheard. As we have not been paid for months it is becoming difficult for them to even manage their business as well as the families, said protesting contractors adding that they have to pay their laborers as well.

The contractors called off their protest after the municipal additional commissioner (finance) Gudwant Sheotkar met them and assured to address their payment issue. The contractors, however, said that they will stage a protest in front of the urban administration department’s office on October 30, if their bills dues were not cleared by then..