Chouhan directs CP to take strict action against people accused of crimes against women. The woman has received 118 stitches on her face for resisting eve-teasing.

Bhopal (Madhya Pradesh): 'Mai Hu Na', said Chief Minister Shivraj Singh Chouhan as he met the blade attack victim at her residence in Shivaji Nagar on Sunday. The 32-year-old woman was†attacked on her face with a blade by three men for resisting attempts of eve teasing in TT Nagar area on Thursday evening. The severely injured woman has received 118 stitches on her face. Chouhan paid a visit to the woman's house and inquired about her health. CM handed over a cheque of Rs 1 lakh to the family.

Police have arrested three accused and bulldozed the houses of two.

Earlier in the day, the CM held a meeting with commissioner of police Makrand Deouskar and reviewed the law and order situation of the city. He instructed the commissioner to take strict action against people accused of crime against women.

TT Nagar police said that three accused, including two minors, have been arrested for attacking the woman.††The police station in-charge Chain Singh Raghuwanshi told Free Press that the key accused Badshah Beg (38) runs a gang. Beg, an auto rickshaw driver, is a notorious criminal and has as many as 32 cases registered against him. The two of the other accused are minors.

House of another accused, who is a minor, was also razed on the day.

On Thursday evening, the woman Seema Solanki†and her husband had come to the TT Nagar area on a bike. Leaving her, when her husband went inside Shree Palace hotel to get a water bottle, some youths came and made obscene comments and started whistling. The woman opposed but when they did not stop, she slapped a youth three or four times. A lot of local people gathered who got the matter pacified and after some time when the couple was on the way, one of the miscreants attacked her face with a blade, police said. The woman was rushed to hospital, where reportedly, she received 118 stitches on her face.

The matter was reported to the police and a case under Section 324 of IPC was registered against the three unidentified miscreants. The police collected the CCTV camera footage from the incident site and got sketches of the three accused prepared. 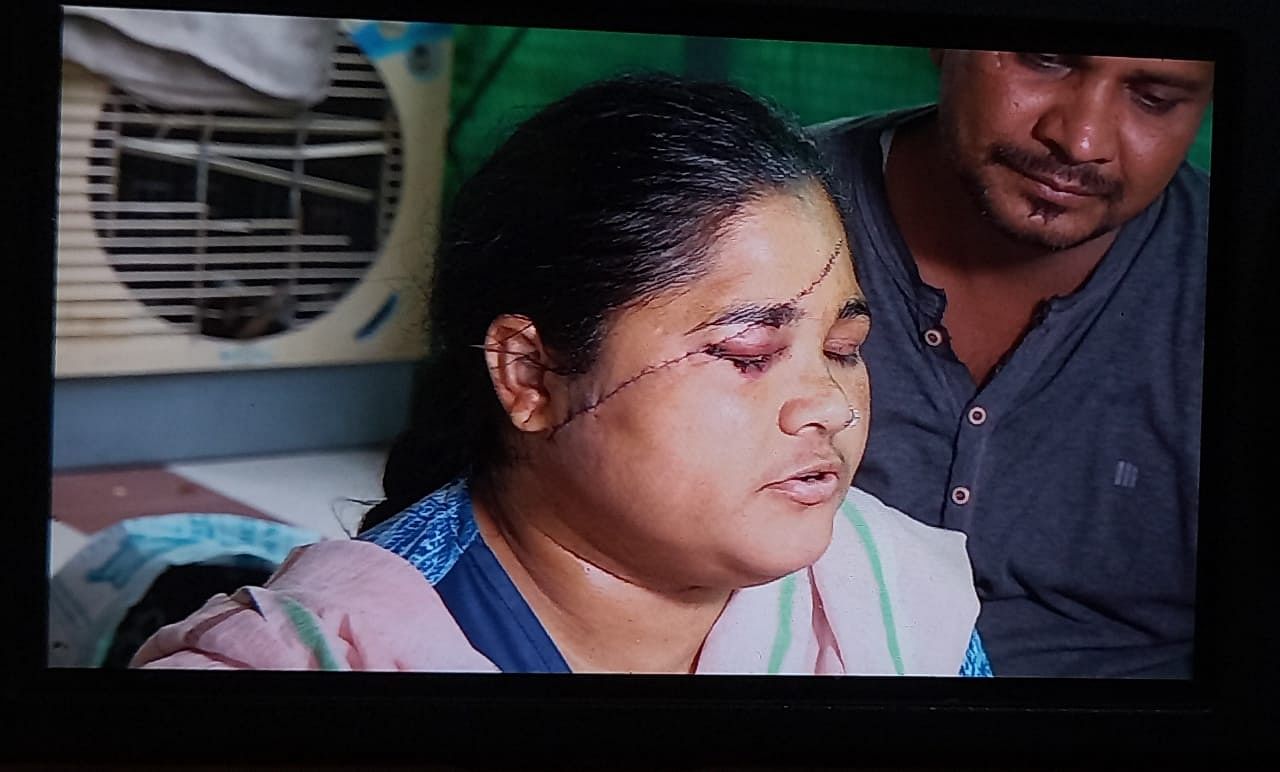