The city with population of nearly 23 lakh people only has only negligible number of football players. It so happens because football does not get as much publicity as cricket does. A large number of youngsters playing cricket on streets in the city, in parks and on playgrounds is a common sight. But youths playing football is a rare one. Football in the city is suffering due to lack of patronage, although the World Cup football generated a lot of interest among children.

However, the enthusiasm died once the world cup was over. Football lovers in the city feel that this game should get more publicity. They told Free Press that one can make a good career as football player. The game is more exciting and interesting than cricket. But more government support needed to encourage the players, they said.

“Almost 30 football clubs are registered in Bhopal. There is no other game more exciting than football and one can make a great career in football but it has a little scope in India as compared to other countries. Biggest reason is that there is very less money in football. Government gives no great award for playing football. There is no reach of football clubs in villages and small towns.”
JP Singh, Chief Football Coach-Sports and Youth Welfare Deptt, MP

“Football is first love of my life and I have played a total of eight Football Nationals. India is giving very less love to football and when it comes to a girl who wants to play football, parents say that football is a very rough game and is not meant for girls. MP Association must support girl’s football. I just want that girls should also play football and bring pride to the state and nation.”
Shalini Singh,National Football Player

“Without league football, we won’t get a new generation of players. Without public support, we will sit here like idiots wearing Manchester and Barca T-shirts.”
Siddhant Singh Thakur-Student, Makhanlal Chaturvedi University 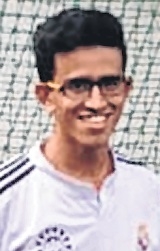 “In other countries all the sports get an equal support but in India there are only cricket fans. A player always needs motivation to perform better. India needs more fan of football.”
Alauddin Khan-Student, Oriental Institute of Science and Technology 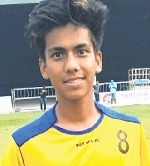 “Support to football has recently grown in India but not enough to give motivation to players. If there is a cricket match the stadium becomes houseful but whenever there is a football match there is no crowd in the stadium.
Prashant Thapa National Football Player