Hitting back, the ruling Bharatiya Janata Party (BJP) in Madhya Pradesh said it will take years for Congress to understand the "nation-building and character-building ideology" of the BJP and Sangh.

Bhopal (Madhya Pradesh): The Congress on Monday alleged that the BJP and Rashtriya Swayamsevak Sangh (RSS) are the real "tukde-tukde gang" in the country while the 'Bharat Jodo Yatra' of the Opposition party is aimed at binding the people.

Hitting back, the ruling Bharatiya Janata Party (BJP) in Madhya Pradesh said it will take years for Congress to understand the "nation-building and character-building ideology" of the BJP and Sangh.

"Today, the BJP and Sangh are not only propagating the divide and rule policy of the Britishers but are also aggressively promoting hatred, bitterness and division in the country. They are pitching one brother against another. And I think that if there is a 'tukde tukde' gang in a real sense in the country which is conspiring and ruining the social harmony, federal structure, and democratic values to do 'tuke-tuke" (break) of the country, it is the gang of the BJP and Sangh," Congress spokesperson Ragini Nayak told reporters in Bhopal.

The BJP often uses the "tukde-tukde gang" remark coined in the aftermath of a JNU protest in Delhi in 2016.

"We are organising the 'Bharat Jodo Yatra' (beginning Wednesday from Kanyakumari), against this divisive policy intending to bind the country," said Nayak, the media in charge of Congress for the Yatra in MP.

She alleged the Modi government has miserably failed to check the ballooning price rise and massive unemployment.

The Congress on Sunday held a rally against inflation and unemployment in New Delhi during which Rahul Gandhi spoke fearlessly against the government, she said.

The rich are becoming richer and the poor becoming poorer, she alleged, adding that common people are also in deep trouble.

"The society is being divided in the name of caste, religion, language, food, and clothes. New conspiracies are being hatched to make people fight in the country. There is fear everywhere," she said.

Nayak alleged the Central government was misusing probe agencies to silence the Opposition and discriminating against the Congress-ruled states by not paying them their Goods and Services Tax (GST) dues.

When contacted, Madhya Pradesh BJP spokesman Pankaj Chaturvedi took a swipe at Congress, saying, "It will take years for the party to understand the nation-building and character-building ideology of the BJP and Sangh".

"We talk about Akhand Bharat (unified India), they talk about divided Bharat. The Congress was formed by a foreigner. It follows the divide and rule policy of the Britishers," he said. 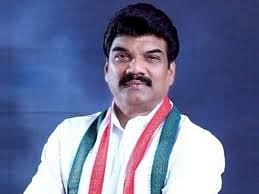