Bhopal: Answerable to government and not to netas, says IAS Khan over BJP leaders demanding action against him

Bhopal (Madhya Pradesh): Verbal duel on tweets by IAS officer Niyaz Khan on the movie Kashmir Files has escalated. Medical education minister Vishwas Sarang has demanded action under service rules against the officer while Khan said that it was a matter of right to expression.

Talking to media, on Sunday morning, minister Vishwas Sarang said that the IAS officer has crossed his limits. He is bound by the code of conduct and is violating it. “His comments promote sectarianism and are against service rules. I will be writing letter to Department of Personnel and Training asking the department to take disciplinary action against the officer,” said Sarang, talking to a section of media on Sunday.

Former media in-charge of BJP, Govind Maloo, who was first to notice and react to tweet of IAS Khan also wrote a letter to Prime Minister’s Office, Chairman of the UPSC and Department of Personnel demanding action against the officer, who is currently posted as deputy secretary at the PWD department.

Despite adverse comments from BJP leaders including MLA Rameshwar Sharma, Khan tweeted on Sunday, “Income of Kashmir Files reached 150 crore. Great. People have given a lot of respect for Kashmiri Brahmins' feelings. I would respect film producer to transfer all earnings to the Brahmin children's education and construction of homes for them in Kashmir. It will be a great charity.”

When asked that minister Sarang has said that he will write to DoPT urging it to take action against him for violating service rules, Khan said that he will reply to the government when clarification will be sought. “I am answerable to government and not netas. It is also a matter of right to expression,” said the IAS officer.

Earlier, Khan also reacted to the comments he got on his tweet related to Kashmir Files. He wrote, “If you speak truth fanatics start attacking you. Social media is full of abuses(gali) against me. The language of such haters will only show their low quality education. Educated people use civilized language with great manner. But modern education failed to make civilized citizens.”

The controversy started when IAS Khan tweeted on Friday that the movie Kashmir File shows the pain of Brahmins. They should be allowed to live safely in Kashmir. The producer must also make a movie to show the killings of large number of Muslims across several states. Muslims are not insects but human beings and citizens of country.

Khan has authored seven books and came into media limelight after he filed a case against renowned film maker Prakash Jha on charges of copying his story from the novel ‘Untold Secrets of my Ashram.’ 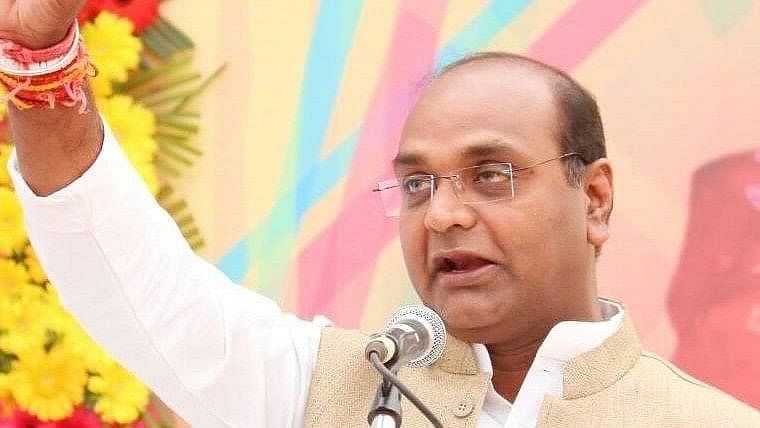 HomeBhopalBhopal: Answerable to government and not to netas, says IAS Khan over BJP leaders demanding action against him