Most of them had come up during Covid pandemic
Staff Reporter 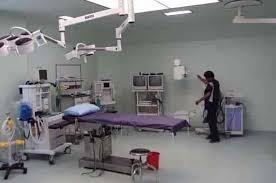 BHOPAL: State government on Saturday cancelled licence of 60 nursing homes, including 10 in state capital, for non-adherence to guidelines and protocol. The decision was taken after health department’s investigations at regular intervals detected several short comings. Despite repeated notices, these nursing homes failed to remove short comings.

CMHO (Bhopal) Dr Prabhakar Tiwari said, “From time to time, lacunas were detected during investigation. They were served notices but as no improvement was witnessed, the department decided to cancel their licence.”