Based on the theme ‘Body of Woman – What Girls Want’, four short films including Unlocking Desires, City Girls, Sorry Thank You Tata Bye-Bye and It’s a Goal will be screened on inaugural day from 3pm to 5.15pm.

‘Whose Job Is It Anyway,’ ‘ Men sharing responsibilities,’ ‘Respect Women,’ ‘Limitless Boundaries,’ ‘Dreams on Wheels’ and ‘Our Lanes...Our Lives ,’ will be screened on June 24 (Saturday). The movies will be themed on ‘Women, Work & Livelihood’.

Themed on Gender Based Violence, ‘Love in the Garden of Consent,’ ‘Listen to Her,’ ‘Bol Ke Lab Azaad Hain Tere,’ ‘Bell Bajao – Stop Domestic Violence,’ and ‘Aunty Sudha Aunty Radha’ will be screened on June 26 (Sunday)- the concluding day of the film fest.

Besides movie screening, discussions will be held by festival curator, Aanchal Kapur every day.

The festival will include a mix of moving images, including documentary films, animation, short films, music videos and features. In line with the 2022 Artistic Risings, the festival will use FILM as a medium of connecting and caring; challenging and changing; (re)claiming feminist lives and livelihoods…

The festival has been organised in eight locations across the country, over the months of May and June 2022 and is being hosted by OBR India’s network organisations. These include Azad Foundation in Delhi, Jaipur (Rajasthan) and Kolkata (West Bengal); AALI and Aazaadi in Lucknow (Uttar Pradesh); Action Aid, Jan Pahal and Gavari in Bhopal (Madhya Pradesh); Jagori Grameen in Sidhbari (Himachal Pradesh); Sanjh Jagori and PG Govt. College for Girls in Chandigarh and Bodhana in Guwahati (Assam), she said.

The festival themes are diverse and cover specific issues that need attention and discussion across the partner organisations. This focus is intended to strengthen local mobilisation, education, raising consciousness and gender-based action among the community and local groups who will form the audience of the OBR Travelling Film Festival, Kapur added. 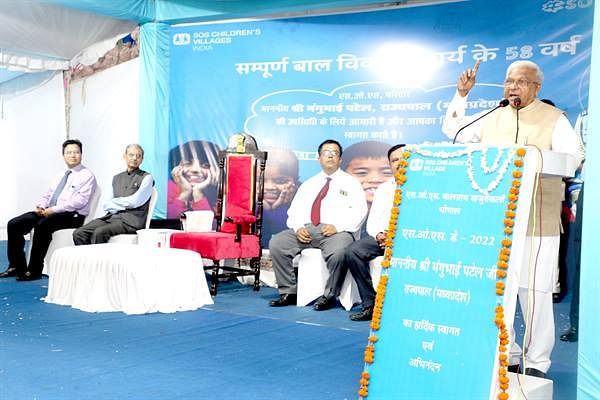