File Photo: Protest being held against the diamond mine project in Buxawaha | FP

BHOPAL: A human settlement tracing back to nearly 25000-year-old in form of rock paintings in Buxwaha diamond mining area in Chhatarpur, have now gained recognition from the Archaeological Survey of India.

The ASI report says that the paintings found in three caves belong to Mesolithic Age. In the first cave the paintings are hard to decipher, as they has lost their tinge because of the vagaries of weather. Lead red colour was used for the paintings.

‘These are nearly 25000-year-old. The paintings in the second rock shelter belong to the Mesolithic Age (10,000-8,000 BC)’ quotes the ASI report, the copy of which is with the Free Press.

‘Most of the paintings are made in the ceiling of the cave. White colour and charcoal were used to make those paintings which are decipherable. Most of them are X-ray style of paintings,’ said the ASI report.

Besides the paintings, the archaeologists have also come across several idols of Ganesh and Hanuman at the site.

Now that three rock shelters with paintings of early men have been certified by the ASI at the diamond mine site, locals want to protect them.

Earlier, they raised a hue and cry fearing that the diamond mining company which has signed a contract Rs 55,000 crore with the government might destroy the environment of the area beneath which lies three crore carats of diamond.

PG Najpandey and Rajat Bhargava filed public interest litigation at the National Green Tribunal and at the Jabalpur High Court. 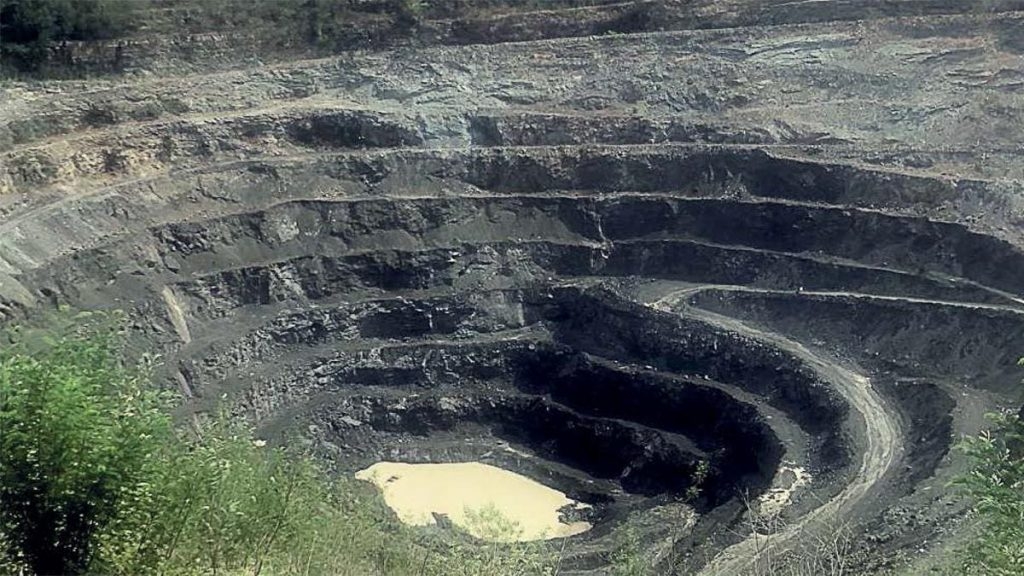 Najpandey says that ASI has certified that the area has the treasure of early human civilisation. This would help the historians discover evolution of human being and its roots in India.

The high court had asked the ASI to certify the claim that the rock paintings found there were of any archaeological or historical importance.

In the wake of the high court order, a team of ASI from Jabalpur circle, led by Sujeet Nayan, studied the site from July 10 to July 12.

The survey began from Imlighat, nearly 15km from Buxwaha town.

The paintings limn the daily life of early men, flora and fauna of the area and hunting scenes.

The paintings, made in lead red and found in the third rock shelter, limn horsemen, elephant riders and a wild boar.

The prehistoric remains were also discovered from Dhimarkhua area in Kasera village.

Another rock shelter situated 25km from the Buxwaha town comes in the forest.

This development is expected to add more troubles for the Buxwaha mining project. Green activists have been opposing the diamond project on the grounds that it would damage over 2.15 lakh trees. Moreover, now presence of rock paintings certified by the ASI has given them another reason to oppose it.