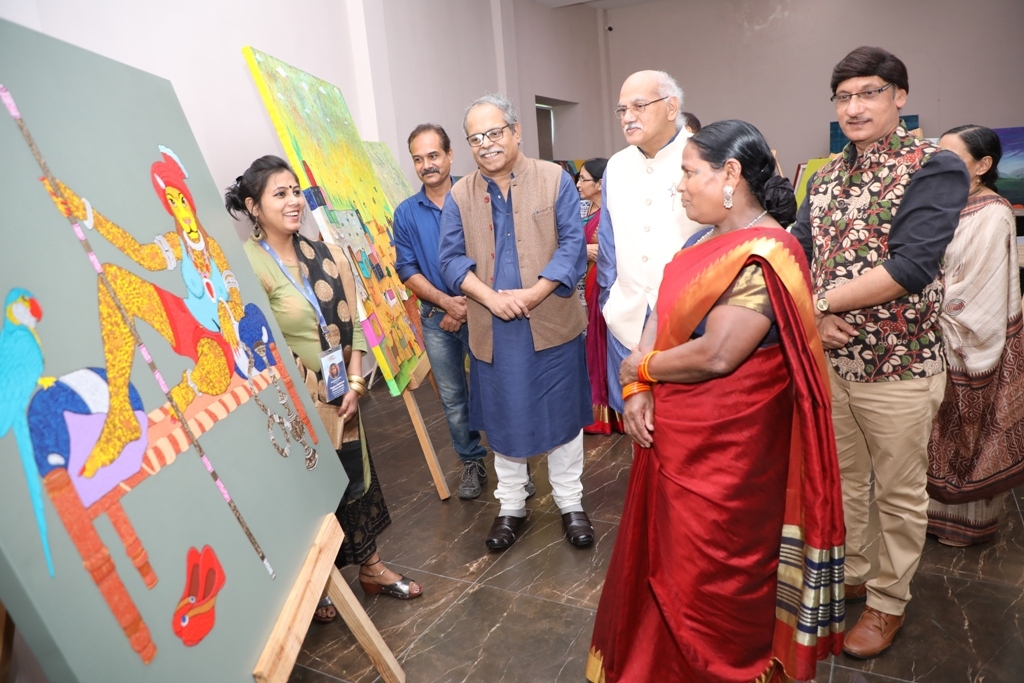 BHOPAL: ‘Where the mind is without fear and the head is held high. Where knowledge is free…’With these lines from Rabindranath Tagore’s ‘Gitanjali’ forming the background, artist Sonia Sabharwal from Panaji, Goa, has painted a lady in meditation in a prayer form in acrylic on canvas.

Sonia is one of the 15 female artistes from across the country, who has participated in a week-long ‘Women Artist Painting Camp’ organised by the Rabindranath Tagore University (RNTU), Bhopal. The paintings made by the artists during the camp have been displayed at the gallery of the university.

Sonia says that she loves the concluding lines of the poem: “Where the mind is led forward by thee. Into that heaven of freedom, my Father, let my country awake.” She said that this poem was written before independence but today, 75 years after the country got freedom, we desperately need to repeat the same prayer. 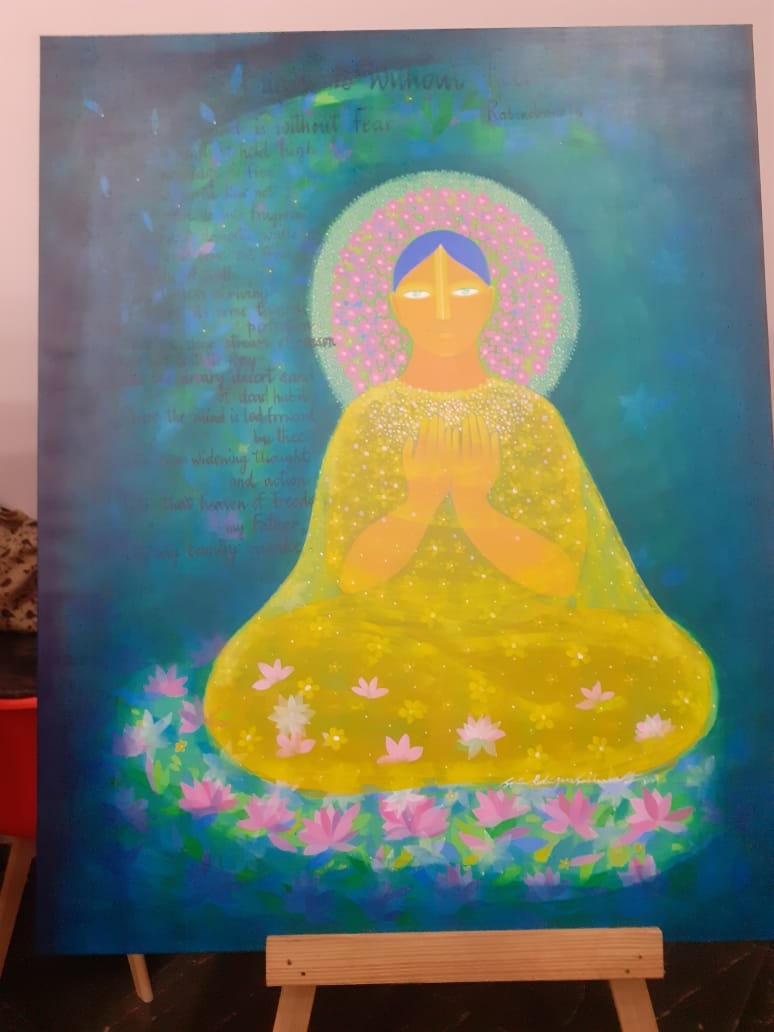 Artist Bhawna Choudhary from Bhopal has made three works at the camp. Her acrylic-on-canvas works portray human emotions and feelings. “This is the first art camp I am attending since the Covid breakout. I thoroughly enjoyed interacting with the artists from Jharkhand, Chhattisgarh and Goa. It was very interesting to know about them and their works” she says.

Menu Rani from Delhi has prepared six works. One of her acrylic works in semi-abstract form is based on the theme of women empowerment. It shows rural women breaking the shackles of orthodoxy and tradition. An abstract work of hers shows a broken skeleton. She has used three colours in this work - black represents loneliness, red shows love and blue, struggle. She says that whenever she visits Bhopal, she feels ‘complete’. 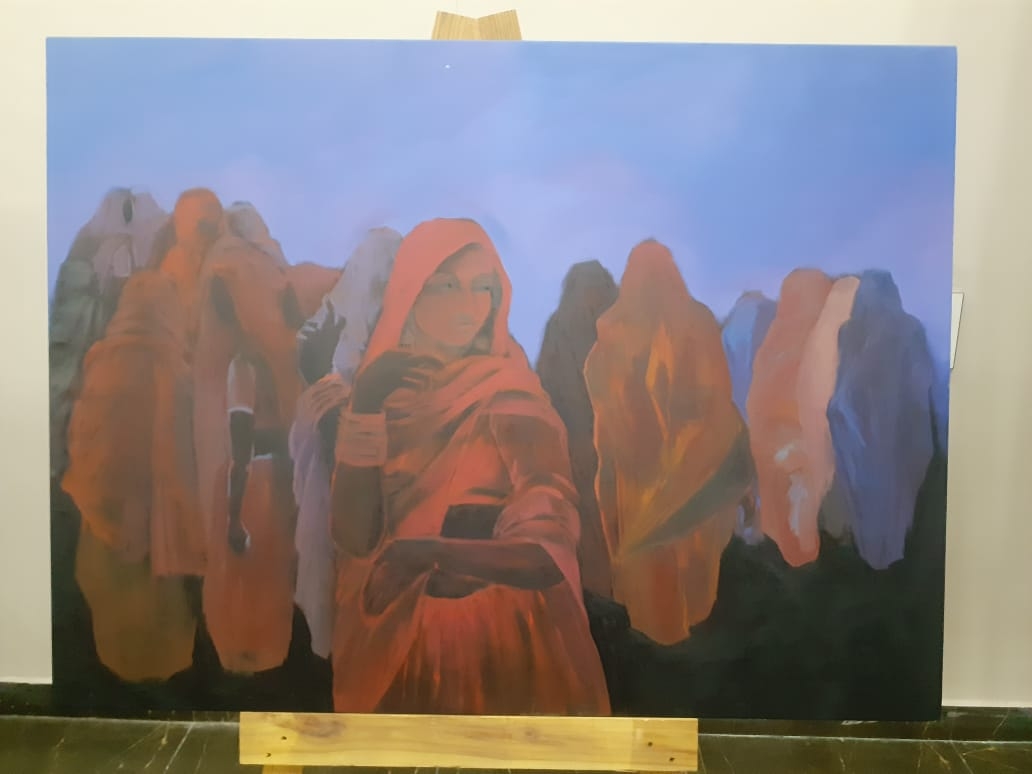 Chhanda Singh, also from Kolkata, had made four works sending out the message of protecting and preserving our tangible and intangible heritage. “There is no harm in adopting new things. But the old things shouldn’t be thrown away,” she says. 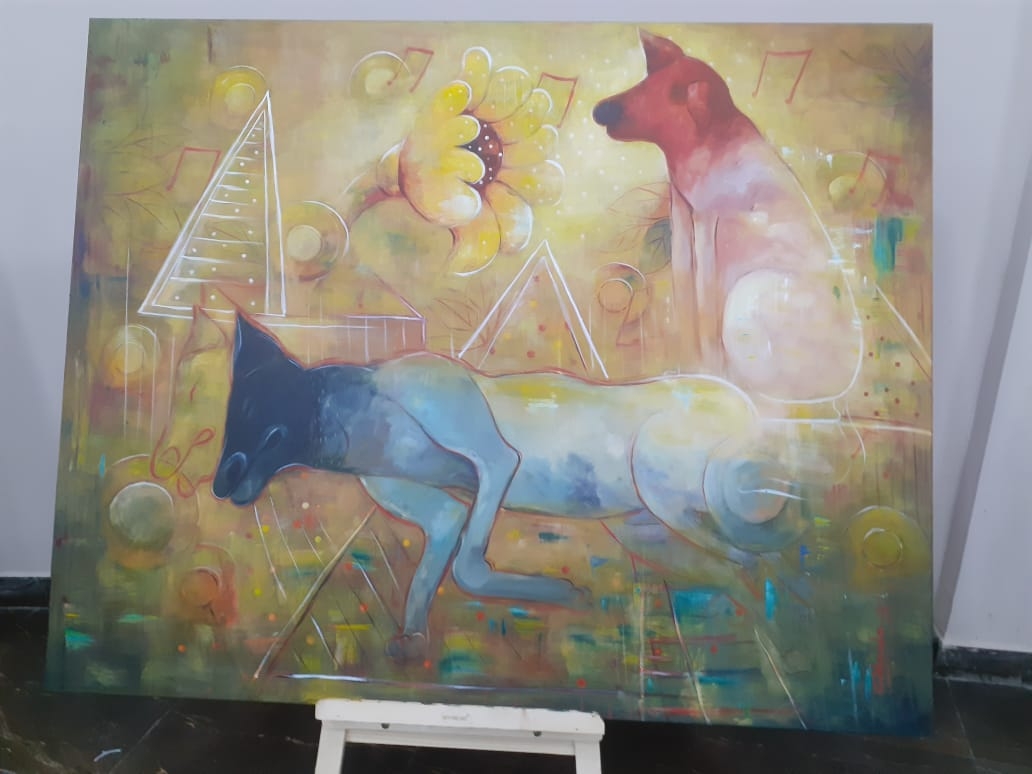 Trupti Patel from Ahmedabad has made three acrylic-on-canvas works at the camp. Owl appears consistently in her works, she says. Bharti Prajapati, also from the same city, says that her oil-on-canvas work depicts a mother and a child, where the mother is Mother Nature and the child is human race. The semi-abstract work is about saving earth. “Go back to the roots,” is my message, she said. 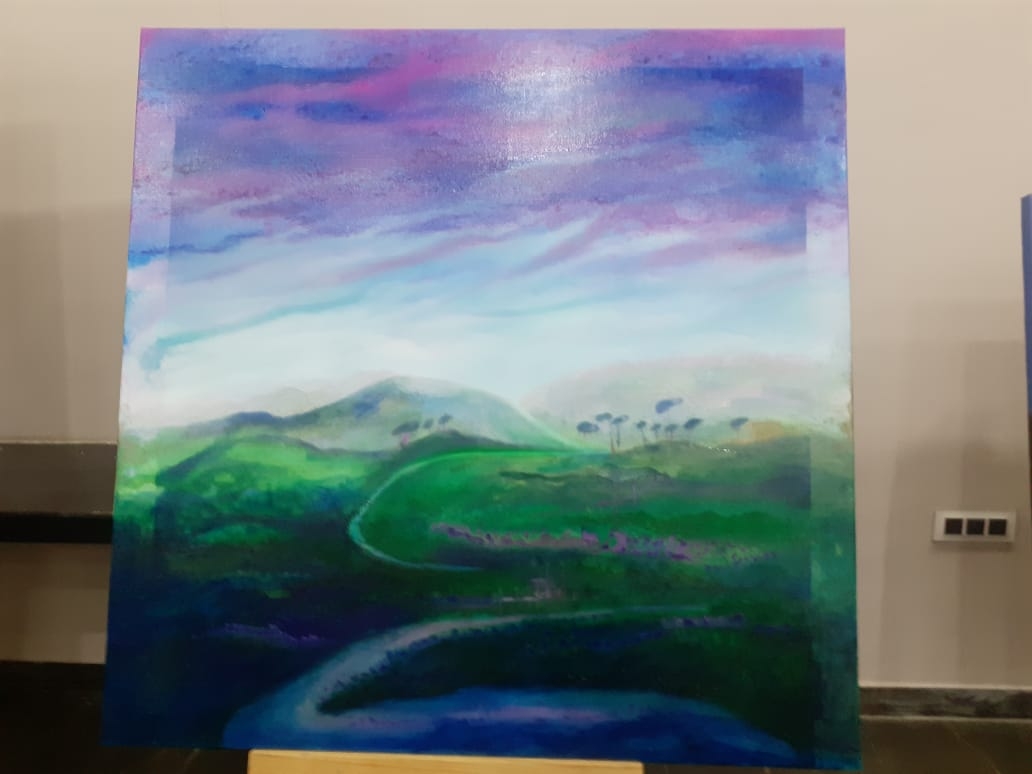 Jaskanwal Kaur from Chandigarh has made three works in mixed media. ‘Save nature, live natural’ is her theme. She is impressed by the beauty of Bhopal. A visit to Bhimbetka left her spellbound. “The use of green and blue colours to make paintings on grey rocks is really mind blowing,” she said.

Bhaswati Das from Kolkata has come out with a landscape depicting the Sonajhuri forests near Santiniketan. Bandana Kumari’s acrylic and ink works include one titled ‘Kaho Thakur’. It shows a woman with the head of a tigress sitting sprawled on a cot in a posture typical of patriarchal men.

The camp concluded on Sunday. Padmashri Bhil artist Bhuri Bai was chief guest in the event. 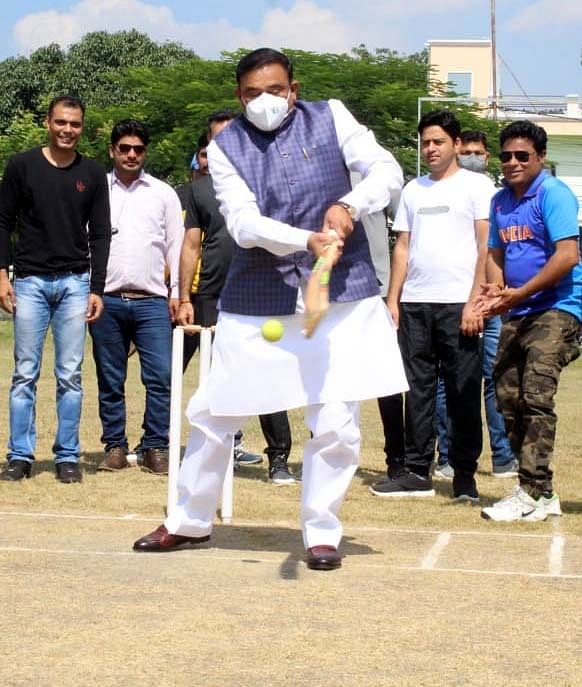