HomeBhopalAre self-help groups a sure bet for the rural women of Madhya Pradesh?

Are self-help groups a sure bet for the rural women of Madhya Pradesh?

Bhopal (Madhya Pradesh): "We learnt from the panchayat that the government was helping the underprivileged women to start their own businesses by providing loans at 4 per cent interest. Inspired, we formed the Sharade Maa Women Self Help Group in 2018. But instead of reaping benefits, we ended up in deep debt, unable to even recover our costs," laments Sevanti Bai, a member of Sharade Maa SHG of Gunga village in Bhopal district.

Sevanti and other women had formed a 10-member group that would save Rs 300-400 every month. In a year and a half, the amount had grown to Rs 70,000. "Once we got a loan of Rs 50,000 with the help of the gram panchayat, we decided to manufacture soap bars and sell them. The panchayat got us trained by another SHG involved in soap-making in Ratua," she tells 101Reporters.

Upon completion of training, the group bought raw materials worth Rs 50,000 from Indore to make soaps. However, they could not manage to sell all of it. On taking up the issue with the district panchayat, a quality check was conducted; the handmade soaps were approved.

"Since our product proved to be excellent, they decided to train us in marketing. But even that did not help."

When soap-making did not prove fruitful, the women switched to making sanitary pads in the desperation to clear bank loans.

"But that too failed," says Sunita Bai, another member of the SHG.

In Sunita's words, she now lives through sleepless nights worrying about repaying her debts.

When sanitary pads manufacturing also did not generate the expected income, the women started sewing school uniforms. Although it proved successful, it could run only for two years, and is no longer in operation.

"We hope to get some sewing orders this year. If not, it will be impossible to service our debts," she adds.

Devli Kushwaha from another SHG in the same village, Vikas Aajeevika Self Help Group, has a similar tale of woe. Also formed in 2018, this 10-member group saved Rs 45,000 and loaned Rs 90,000 from the bank at 4 per centinterest. After getting trained in multiple skillsets -- making soap, pickles and sanitary napkins -- the women chose soap-making. But out of the 2,000 bars, they could sell only 100. They then tried their hand at making pickles. But everything remained unsold.

What irks these women the most is that they are bound to repay the bank loans, despite the losses incurred. Gitabai from the same SHG, points out, "We are facing pressure to pay our EMIs of Rs 982 every month, notwithstanding (our) financial constraints. We approached both the gram and district panchayats, but they flatly told us, Since you borrowed the money, you will need to return it."

Roshni Lodhi and Savitri Ahirwar from the same SHG regret having joined the group. "We were told that this would enhance our income. Forget a rise in our incomes, we are now caught in a debt cycle."

Some SHGs, though, have had a mixed experience. Pushpa Rajput and Kalabai, who became members of the Roshni Aajeevika Self Help Group, formed in 2017, were initially unsuccessful with soap-making and the production of sanitary napkins, but did well after being coached in tailoring.

Recounting the turnaround, Kalabai shares, "Just as we grew worried about paying back our bank loan, the panchayat got us trained in tailoring. We then received an order from a government school for 1,200 uniforms. After investing Rs 1.60 lakh on raw materials, we earned Rs 3.60 lakh, making a net profit of Rs 2 lakh."

This not only helped them tide over their earlier debt, but motivated them to take up tailoring again this year. The women intend to bag orders for making flags under the Har ghar tiranga programme.

A survey of SHGs in Bairasiya block of Gunga gram panchayat by 101Reporters revealed that there were 46 such enterprises in Gunga. Of them, four have been declared defaulters due to non-payment of loans. Bhopal district has a total of 3,792 women's SHGs, with 42,242 members in all.

However, it is not as if soap-making has always failed for all SHGs. Aajeevika Swa Sahayata Samuha has done well for itself. Starting off with soap-making with a small amount, and a bank loan, the SHG initially spent Rs 55,000 on inputs, and fixed the price of one soap bar at Rs 10. Its president Mamta Kushwaha recalls, "Initially, we visited shops and homes to tell people about our product. Households soon approached us to buy soaps. Orders poured in from the neighbouring village too.

With 46 members, and many more wanting to join, this SHG is a hit among women. "You can gauge the popularity of our soap from the fact that what was marketed at Rs 10 is now being sold for Rs 25."

Members of multiple SHGs assemble in Gunga for a training session in marketing, to help them increase product sales.

Impatience, for a reason

So then, what accounts for the success of some SHGs and the failure of others?

Sadhana Lodhi, in-charge of SHGs of Gunga gram panchayat, says, "These women lack patience. They do not devote enough time to training, and later face problems. They are also reluctant to confront issues, and hence withdraw. These are reasons why they remain unsuccessful in whatever they undertake."

However, she remarks that out of the 46 SHGs operating in Gunga panchayat, "most are doing well".

Yet, a handful of those unsuccessful have a common factor, according to Lodhi. "I took up the matter at the district panchayat meeting, and the women were imparted additional marketing training thereafter. But when they still could not sell their products, I did some research and found that most women in these SHGs follow purdah, and remain veiled. Due to their hesitancy, they could not market their products properly in the bazaar."

But Roshni explains the reason behind the women being impatient. Her husband, a vegetable vendor, and she have to bring up their eight-year-old child and so awaiting results from one product is something she cannot afford to. Savitri shares a similar desperation, when she says she needs to find a source of income sooner than later for the sake of her two school-going daughters.

What isn't working out?

Analysing the problem of unsuccessful SHGs, district panchayat CEO Rituraj Singh too backs Lodhi's statements. "The purdah constraint prevented them from reaching out to potential customers," he believes.

Accepting the existence of a regressive mindset in rural parts of the state, Nirmala Buch, a retired IAS officer who is presently the chairperson of Mahila Chetna Manch, suggests a way out. "Setting up an alternative market,housed in the panchayat office or on a panchayat-sponsored site, for SHG products could be an ideal solution. This will also inspire other women to come forth and empower themselves." 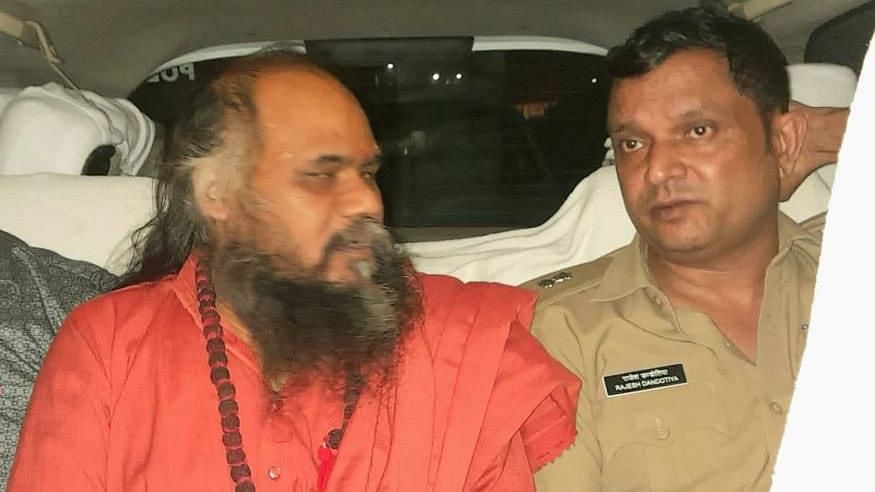