Time to change the colonial police in India 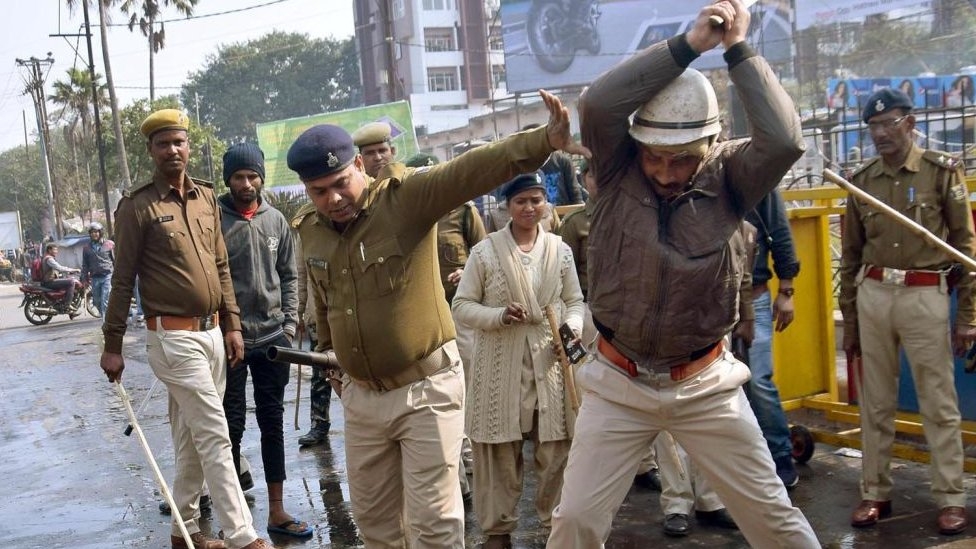 The pandemic has been a learning experience for our doctors, health administrators, policymakers as well as for the police. However, no one has been as quick on the uptake and as steadfast in their duty as our law enforcers. Initially, they mistook the lockdown for a curfew and came out swinging their ‘lathis’ at anyone in sight but soon they started relying on the megaphone rather than might. In fact, they were part of the frontline workers; a hazardous job that cost the force 265 lives across Maharashtra, 126 of them in Mumbai alone.

Hardly had the citizens expressed their gratitude when the Antilia affair undid it all. The Maharashtra police is back to square one. Now, Director-General of Police Sanjay Pandey wants to make a fresh start with New Year; help at least one citizen a day, he urged the men and women in khaki. Simplistic it may seem, even naive, but it surely is a practical solution with guaranteed long-term returns. Even if half the 1,85,000 cops across the state listen to their leader, that’s one lakh citizens a day returning home with a positive image of the force.

It is argued that we get the police force we deserve but nothing can be sadder than the fact that the sight of a policeman scares the common man rather than making him feel safe. No less a person than the late Arvind Inamdar, former Maharashtra DGP, said that he never visited a police station after retirement, lest he be insulted by a hawaldar. It is said that he had such an experience even as a DGP when he visited a mofussil police station incognito and unescorted.

An Indian policeman believes he has the licence – rather divine right – to mock you, lock you, torture you or even kill you. Heaven help those civilians who offend him. Mobile phone shop owner P Jeyaraj and his son Emmanuel Bennix from Sathankulam in Thoothukudi district of Tamil Nadu paid with their lives for this. Their crime was to question the authority of the cops to shut shops during the lockdown. Closer home in Mumbai, the four Juhu constables booked for beating a 22-year-old to death for loitering during lockdown have been reinstated. Why, even Assistant Police Inspector Sachin Vaze of the Antilia case was reinstated though he was on trial for the custodial death of Khwaja Yunus, the biggest such case in the state. No wonder even Mumbai police chief Hemant Nagrale admits that the common man is afraid to visit a police station without a reference from a senior police officer.

And it is not only the common man who is unsafe. Two years ago, the Delhi police tried to ensnare IAS officer-turned-activist Harsh Mander and Prof Apoorv anand of Delhi University under the UAPA when the duo criticised their lopsided handling of the communal riots. The same bunch of men sent notices under the anti-terror law to a bunch of school students who had flooded then environment minister Prakash Javadekar’s inbox, protesting a proposed change in the environment laws. The Maharashtra police which is basking in glory for arresting the Bulli Bai perpetrator is the same force that arrested two college-going girls from Palghar in 2012 for promoting enmity between two communities. One of them had posted a comment on Facebook criticising the bandh for Bal Thackeray’s funeral and the other had ‘liked’ it. This is the same police which does not bat an eyelid over hate speeches by politicians. 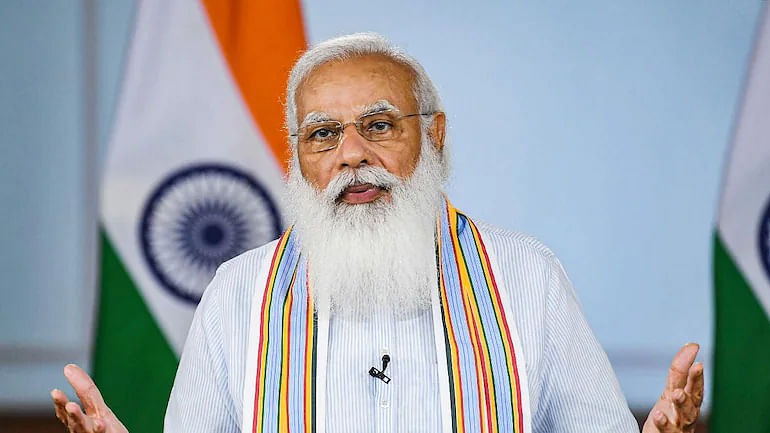 For good governance, Modi must decide between 'A Congress-'mukt' Bharat or an India free of 'bhay,...

There are worse incidents about the desensitised and dehumanised police force that lead to the perception that cops are criminals in uniform. One only has to read, ‘Carnage by angels’ by IPS officer-turned-lawyer YP Singh for the exploits of rogue cops. Chief Justice of India N V Ramana was just airing this perception when he said that “the threat to human rights and bodily integrity are the highest in police stations”. How the cops and their handlers behave outside the police station was clear when the Karnal SDM was caught on tape ordering policemen to ‘crack the skulls’ of protesting farmers, when cops surround fallen protesters and rain lathi blows on them, when a morcha of blind men is caned outside the Parliament.

Whatever the police bosses or judges may say, they rarely walk their talk. Going by police figures, which are notoriously underreported, an average of five persons die every day in police custody across the country. In Maharashtra, 106 persons died in police lockups between 2013 and 2017, says the National Crime Records Bureau (NCRB). No policeman has yet been convicted for it.

Designed to serve its colonial masters, the Indian police is inherently repressive; one that is answerable to the ruling party rather than to citizens. Sadly, police reforms are not being pushed even by the Supreme Court. And why should the judiciary do anything when civil society and the media are mum on it.

It is not as if there have been no good cops and no good initiatives on police-public relations, community policing, police welfare and other nuts-and-bolts issues but there is no institutional mechanism for them to survive once the good officer leaves the scene. For example, Mumbai’s mohalla committees which nipped communal trouble in the bud, are a pale shadow of themselves, the eight -hour shifts introduced by former Mumbai CP Datta Padsalgikar are history, the call centre by K Venkatesham to track citizens’ complaints in Pune has been disbanded. All this only spreads cynicism all around.

In such a climate, any talk of a crime victimisation survey – which gives an accurate picture of citizens’ experiences/grievances because it incorporates minor crimes which goun reported– is like asking for the moon. So are concepts such as police legitimacy, which is aboutthe acceptance of the force in society. A hearty laugh is all you will get if you propose that we could emulate the London bobby who pulls out a toffee from his pocket if he sees a kid or a map if someone asks for directions.

The UK police has a race relations wing but India is not even thinking of recruiting officers from the minority communities. Ultimately, the police force is the handmaiden of the party in power. Hence, any such steps for a positive image for the police force must come from the hearts of policemen. And any steps to reform the police force have to come from voters themselves.

(The writer is an independent journalist based in Mumbai and writes on civil society, law-enforcement, environment and urban development. He tweets @anilsingh703) 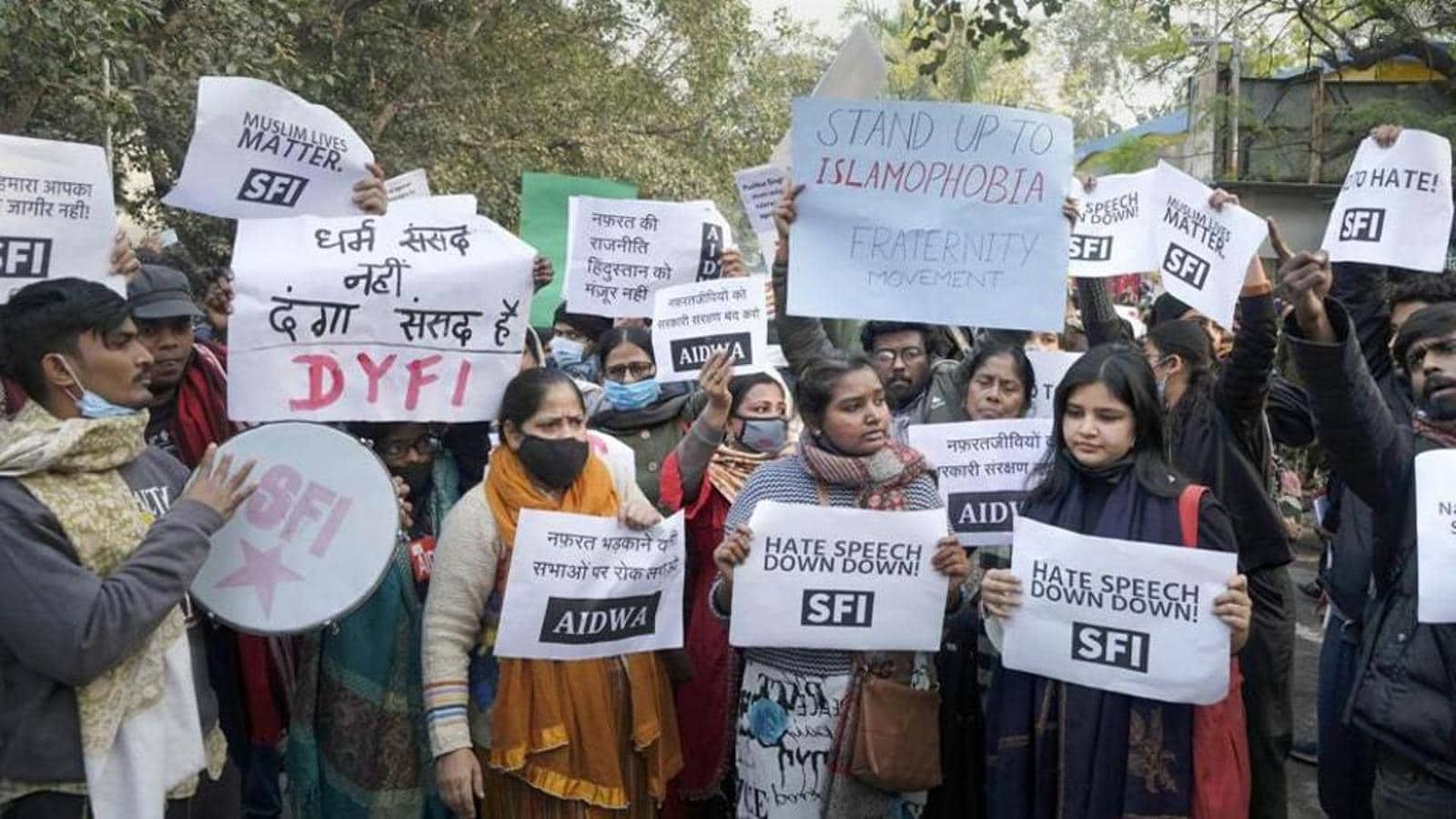 Political discourse in our country is as full of hate as Delhi’s air is with aerosols, writes Anil...