For good governance, Modi must decide between 'A Congress-'mukt' Bharat or an India free of 'bhay, bhook aur bhrastachar', writes Anil Singh While the world celebrates Christmas, India observes Good Governance Day under Prime Minister Narendra Modi – no less a messiah to his flock – who has promised deliverance from 'bhay, bhook aur bhrashtachar' (fear, hunger and corruption). So, this is the right time to evaluate him. However, separating man and myth here is not easy, given the lies, damned lies and statistics passed off as the Gospel truth ever since he was made the Chief Minister of Gujarat. Character traits such as doublespeak, megalomania and bullying complicate the task. For instance, the government fixed Good Governance Day on the birthday of the late Atal Bihari Vajpayee, who reminded Modi of 'raj dharma' in the wake of the post-Godhra riots.

Despite his polarising presence, the clear positives under Modi's governance are the Jan Dhan Yojana, which took financial inclusion to the poor; the Ujjwala Yojana gifting free cooking gas cylinders to the rural poor; the rural electrification programme; the Insolvency and Bankruptcy Code which made it possible for banks to recover debts earlier thought to be irretrievable; the GST – a tax reform that was long overdue; and the Swacch Bharat Abhiyan to eliminate open defecation and improve solid waste management.

One can say that Modi built on decades of trial-and-error by his predecessors or that he has merely renamed existing schemes but there's no denying that he has tweaked and translated them into results. Certainly much more than 15 paisa per rupee – as Rajiv Gandhi famously lamented – reaches the intended beneficiary. Perhaps this is what has helped him win two back-to-back elections, even if it was like an India Bangladesh match.

On the flip side, Modi's failures are of tragic proportions. No prizes for guessing that the brainless demonetisation which robbed the country of two percentage points in GDP tops the list. Truly worthy of Mohammed bin Tughlak. In any other democracy, it would be deemed anti-national and lead to impeachment. The mishandling of the Corona crisis was a double whammy for the economy, further impoverishing the working class. Even the Supreme Court's nudge to invoke sections 92 and 100 of the Patents Act issuing compulsory licenses to the pharma firms to ensure adequate production and supply of vaccines did not work. This is what happens when self-promotion reigns supreme and the PM's selfie adorns vaccination certificates. Certainly not good governance although the government claims to the contrary and is jailing all those who disagree, including stand-up comedians. Modi had promised that he would not be vindictive but under his watch Central agencies such as the CBI, Income Tax and the ED, have targeted 570 opposition politicians, non-NDA politicians, their relatives and aides, activists, lawyers, independent media houses or journalists, members of the film fraternity and even government officials who spoke against the ruling party. On the other hand, only 39 individuals linked to the BJP or its allies have faced such action. According to NDTV, the 570 figure is a massive 340 per cent increase compared to similar action under the Congress-led UPA-2 government, during whose term 85 individuals or groups seen as critical of the Congress were targeted by Central agencies. This works out to an average of 17 cases per year, compared to 75 cases a year under the Modi government.

Christmas day coincides with the culmination of the 'sushashan saptah' (Good Governance Week) under which the Department of Administrative Reforms and Public Grievances had issued guidelines for a nationwide campaign – 'Prashasan gaon ki aur' (government at the grassroots) – to be helmed by the collectors or district magistrates. However, barring a few, most IAS/IPS officers seem to exist to please their political masters rather than to serve the public. We have seen how the Hathras district magistrate threatened the family of the rape-and-murder victim on national TV; how the Karnal sub-divisional magistrate instructed cops to “break the heads” of protesting farmers; how the SC had to intervene to probe the mowing down of four unsuspecting farmers.

Such is the omnipresence of bad governance in India that not only have we accepted it and got used to it as a way of life, we don't expect simple governance from our civic administrators or the government at large. Our civil servants are not ashamed of mid-day meals served to poor children at schools being found unfit for human consumption; their conscience is not pricked when minors in shelter homes are raped, nor their pride wounded when even dog-sterilisation programmes fail.

Coming home to Maharashtra. Its home department is the laughing stock of the country but look at some recent news about other departments: BMC reinstated 117 officials, many of whom were suspended over graft charges; Just one of the 100 plots reserved for Electric Vehicle charging stations in the Thane Development Plan is available today; Cabinet clears the creation of a Town Planning section in the Urban Development Ministry; Action pending on report on Ahmednagar civil hospital fire even after two weeks of its submission; MMRDA studying report on girder collapse of an under construction flyover at BKC, three months after it was submitted; Three years after a fire, Marol ESIC hospital yet to reopen despite two Covid waves; BMC to fire its acting fire chief for falsifying his personal records.

All the same, there are motivated officers such as A Sridevasena, who turned the high dengue-risk Peddapalli district in Telangana into India's cleanest district; Umakant Rao, who created 16,000 ponds to fight drought in Dewas, MP; Manisha Verma who made it possible for tribal students from Maharashtra to crack the JEE and NEET; Ake Ravi Krishna, who as Superintendent of Police in Andhra Pradesh's Kurnool district in 2017 brought peace and progress to the village of Kapatrala at a time when the village was beset by a series of faction killings and revenge murders.

Watchdog organisations such as the People's Union for Civil Liberties, The National Alliance for People's Movement, the Public Concern for Governance Trust, Communalism Combat and Praja in Mumbai, and the Loksatta Party based in Hyderabad, also play their role. However, the government now sees civil society itself as an enemy of the nation. The relevant quote in this situation comes from Pete Hoekstra – a Dutch-American politician who served as the United States Ambassador to the Netherlands under Donald Trump – “Good governance requires working towards common ground. It isn't easy.” If the government is serious about good governance, it must decide what its credo is: A Congress-'mukt' Bharat or an India free of 'bhay, bhook aur bhrastachar'. 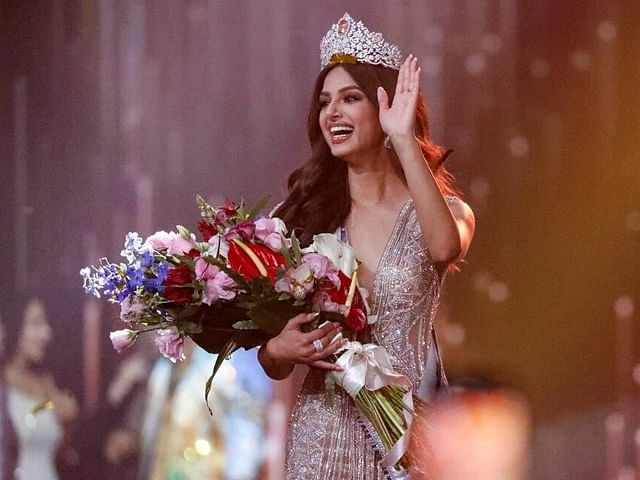