There is leverage to Congress appeal in Jammu 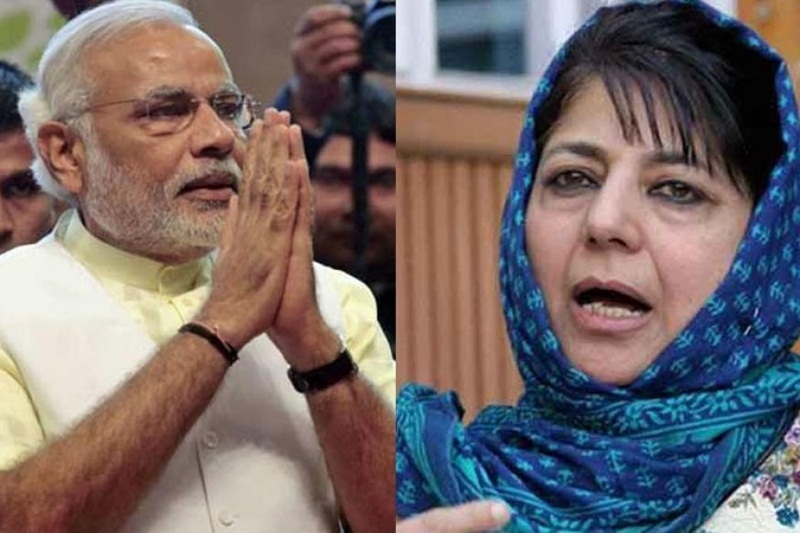 As Jammu and Kashmir settles down to a new routine of Governor’s rule with the Mehbooba Mufti government having collapsed following withdrawal of support to the People’s Democratic Front-BJP coalition, a few surmises can safely be made for the future.

The first is that after its coalition compulsion of ‘soft Hindutva’, the BJP is bracing itself to practice polarisation politics again in an attempt to win back its Hindu vote bank in Jammu which was restive over the compromises that PDP’s Mehbooba Mufti had pushed the BJP into making. The separatists would now have to deal with a more hardline BJP and lumpen groups like stone-pelters would have to reckon with tough retaliation for their brinkmanship.

The BJP has its eyes set on 2019 when the Lok Sabha goes to polls and it has less than a year to prove to the electorate across the country that it is fully capable of tough action against extremists who have been unleashing terror with Pakistan’s connivance. Mehbooba’s PDP has always had leanings towards separatists but had tempered its kinship towards them as a sop to coalition partner BJP. It is now on the cards that it would woo the hardline elements in the valley assiduously in its bid to win back the favour of valley Muslims who look upon the BJP with deep suspicion and, in fact, hatred. Evidently, then, we are heading towards more polarised politics in Jammu and Kashmir with all its concomitant consequences.

It would be interesting to see what line the National Conference takes. Would it concentrate all its energies in the valley which is overwhelmingly Muslim or would it look to the Hindu vote bank in Jammu region, too, to seem more broad-based than the PDP? That it would tie up with the Congress is a near-certainty. Perhaps, it would leverage the Congress’ appeal in Jammu.

While the NC is rooting for fresh elections, the PDP knows only too well that it has lost a lot of ground in the valley where it won all its seats in the last elections and requires to recover lost ground before it is ready for the electoral plunge.

While BJP president Amit Shah was the first to raise the pitch in blaming the PDP’s “soft approach” and in alleging that the Mehbooba Mufti government had discriminated against Jammu and Ladakh, Mehbooba countered it by saying that measures taken were “recognised and endorsed by BJP.”

The moot question is why did the BJP go along in the coalition for so long if it was at odds with the PDP approach? If it was giving a long rope to the PDP and acquiescing in measures like amnesty to stone-pelters, can it now carry conviction when it turns around and lashes out at PDP for it?

The army, doubtlessly, would have a freer hand than it did under the coalition but if peace is to return to the valley, the army would need to control excesses against local elements and a degree of restraint would need to be enforced on the media, especially the electronic media which tends to go berserk with crass sensationalism. In particular, the propensity of TV channels to show incidents of stone pelting and mob attacks on army personnel without mentioning that they are file photos and not current ones is dishonest and paints an exaggerated picture.

A trenchant critic of the Centre, former BJP bigwig Yashwant Sinha recently said in a TV interview that when he visited the interior of Kashmir with a peace mission recently, he found peace and tranquillity in contrast to what he had been seeing on TV channels. It must indeed be made mandatory and punishable for TV channels to show old clips and pass them off as the latest. Anything that incites disaffection against the State must be duly punishable and those perpetrating it must be held duly accountable.

Let us face it — we are not fighting a mere local revolt by a section of people. We are up against local forces that are in cahoots with elements abroad that have a vested interest in keeping the pot boiling against the Indian establishment. That disinformation forms part of the armoury of these sinister forces is something we ought to be prepared for and be ready to combat. The Indian army is a professional force and there is no reason why we must not trust its professionalism.

When there is such an extraordinary situation, we can ill afford to allow mischievous rumours to spread and stray isolated cases of abuse of power. The army top brass is fully capable of dealing strongly with those who abuse their authority and commit excesses. We cannot allow the media too to blow things out of proportion to show the army and para-military forces in unfavourable light.

The Armed Forces Special Powers Act is an essential element in keeping the situation under check especially when there is collusion between local and foreign forces. Let us not be apologetic about it. Law and order cannot but be a priority of any governance mechanism. The people must feel reassured that the police would discharge its duties efficiently and without ulterior motives. Employment for unemployed youth is another priority that needs to be addressed adequately. Kashmir is very nearly a lost cause. But it is not irretrievable. The challenge before Governor Vohra and the BJP is to bring the State back on the rails.

Kamlendra Kanwar is a political commentator and columnist. He has authored four books.