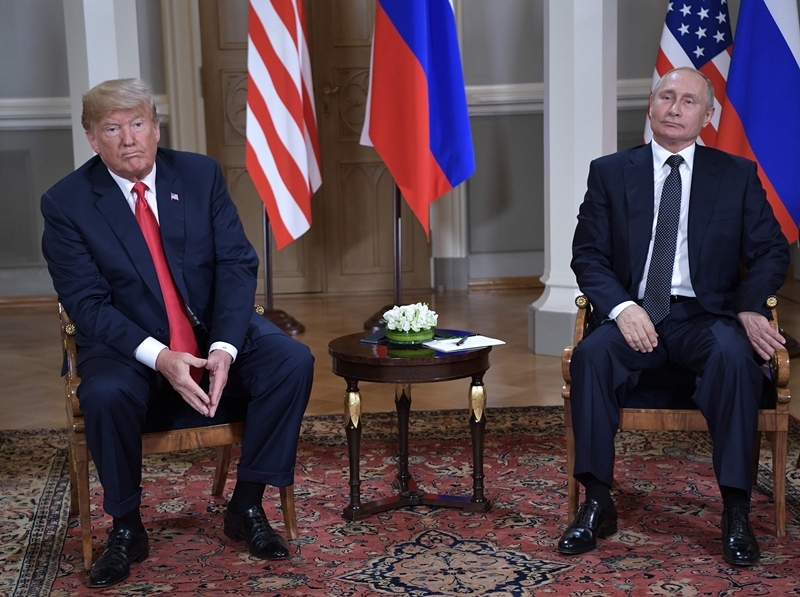 Never before have we had a US President playing second fiddle so very publicly to a Russian dictator as Donald Trump did at the Helsinki meeting with Vladimir Putin on Tuesday. Though the expectations from Trump were low, given his buffoonish demeanor, the way he capitulated before Putin lent weight to the speculation that the latter is in position to blackmail him.

Given how Putin has ridden roughshod over all decent canons of diplomatic behaviour, how the Russians have aided and abetted the murderous campaign of the Syrian President, how the British are complaining of nerve gas killings by secret Russian agents, how Putin is engaged in sowing discord in the NATO and EU groupings, and above all, how Putin interfered in the electoral process in the US, the meek surrender by Trump seemed disgraceful.

He preferred to trust Putin rather than his own intelligence agencies and the Senate on interference in the last presidential poll. He pooh-poohed his domestic political rivals in order to endorse Putin. The fact that Trump rebukes rudely the traditional US allies and seeks to embrace as a friend its long-time adversary and tormentor only confirms that Putin is in a position to ruin his career. Trump is submissive like a pet puppy before Putin, and a rampaging bully before America’s friends. It is dangerous for the free world if its leader finds himself vulnerable to blackmail and intimidation by the Russian autocrat. Dossier, anyone?