The ghetto of Asian cuisine in Britain 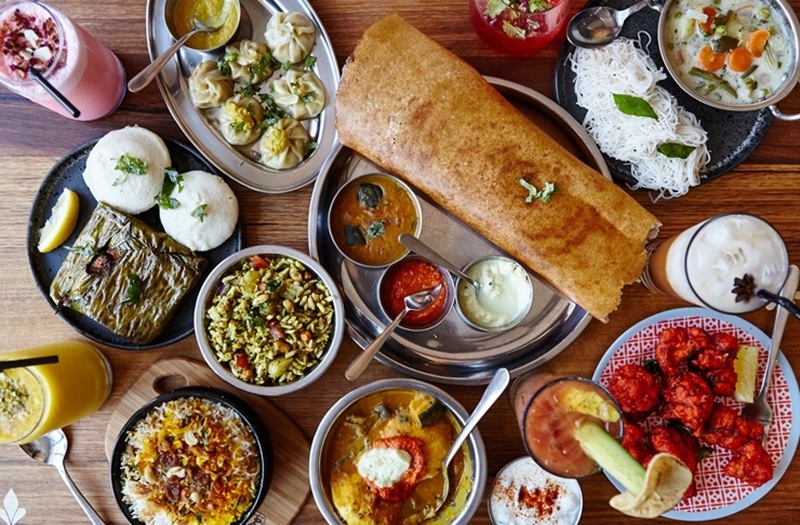 A revolt may be simmering in the kitchens of thousands of Indian (or Bangladeshi) restaurants throughout the British isles. Many of the Bangladeshis were originally lascars from Sylhet in undivided India, who jumped ship in the United Kingdom and drifted into the flourishing curry industry, as it’s popularly called. With their livelihood now at stake as curry faces a crisis, they feel deeply betrayed by Theresa May.

Yawar Khan, chairman of the Asian Catering Federation, is credited with gloomily forecasting that approximately 17,000 Indian restaurants will disappear from high streets within a decade. The ACF represents more than 35,000 ethnic restaurants and takeaways including Indian, Chinese, Thai and Malaysian establishments. The largest single group is Bangladeshi. Bangladeshis own approximately nine out of ten curry restaurants in Britain.

The danger of closure doesn’t arise from changing taste. Chicken tikka masala, which was once voted the favourite national dish, is still popular. The danger arises from the threatened lack of skilled manpower to develop and improve Indian cuisine. According to Enam Ali, founder of the British Curry Awards, who has promoted the industry for 30 years, Indians invented curry, but British Bangladeshis globalised it. The Bangladeshi ghetto of East London’s Brick Lane is packed with Bangladeshi curry houses. “The industry has created over 100,000 jobs for South Asians in UK” he claims.

London has suffered Teddy boys, Skinheads and Paki-bashing. It might yet see Bangladeshis on the rampage if the government goes back on its implicit commitment to give South Asians preference in entry into Britain over European Union citizens. “We attended every single campaign meeting with Boris Johnson, Priti Patel and Michael Gove and they said the British curry industry would be a first priority” says Mitu Chowdhury, of the Bangladesh Caterers Association. “We think we have been let down.”

Mr Johnson is Mrs May’s ebullient foreign secretary. Ms Patel was the promising young international development secretary until she was forced to step down after unofficial and unauthorised meetings with Israeli ministers, business people and a senior lobbyist. Mr Gove is the environment, food and rural affairs secretary, who backed Mr Johnson’s bid for the prime ministership and also at one time threw his own hat in the leadership ring. All three are accused of mobilising Bangladeshi restaurant owners and workers to be against EU membership in the 2016 referendum in return for priority entry in post-Brexit Britain.

Weeks before the referendum, the three Brexit fanatics launched a “Save our Curry Houses” campaign, telling leaders of the UK’s £4.3 billion curry house industry that if they threw their network of employees and family members behind Vote Leave, they would be rewarded with the right freely to bring in curry house chefs and workers from Bangladesh, Pakistan and India. Reneging on that promise and granting preference to EU workers would “be a disaster”, Mr Chowdhury adds. It would push curry restaurant owners and workers to the back of the queues for visas. There being no catering schools in the UK for Indian cuisine, the industry would be robbed of skill and talent if new cooks cannot be imported from the subcontinent.

No wonder curry house owners were incensed when David Davis, Mrs May’s Brexit secretary, refused to rule out continuing preferential treatment for EU citizens to come and work in the UK while Commonwealth citizens from South Asia still had to wait in queues for visas, which are notoriously hard to obtain. No wonder Britain’s curry world feels deceived and let down by the Brexiters. They see it as a racist decision reflecting the Conservative government’s preference for white European Christians to brown Asians who are Muslim or Hindu.

Enam Ali told the Evening Standard newspaper, “On many occasions, we recall Boris Johnson and others saying it was very important that we could bring in chefs from outside the EU. But now it seems as if nobody is entertaining the idea.” Mr Johnson and other Brexiters in the cabinet now accept that Europeans who obtain jobs in the UK will continue to enjoy free access during the so-called transition period. And Mr Davis has made it clear that if the UK wants any kind of a trade agreement with the EU, he cannot rule out preferential treatment for EU citizens post-Brexit.

Meanwhile, three to five “Indian” restaurants are said to close down every week because of the government’s immigration policy. Uncontrolled immigration from the EU goes hand in hand with turning away talented people from the Commonwealth. The not implausible contrary argument is that the special facilities offered to Bangladeshi curry chefs was widely abused by economic immigrants who had no interest in restaurants but were motivated by the single objective of living and earning in Britain.

All this may have mattered less if Britain were not passing through a difficult economic crisis. Instead of a buoyant economy, assured jobs and soaring exports, Britain faces uncertainty over the fate of GKN, its third-largest engineering company, employing 59,000 staff. Once-formidable names like Metropolitan-Vickers, Ferranti, Parsons, English Electric and British Thomson-Houston have gone. Luckily, morality has no meaning in a nation of shopkeepers. Otherwise, Britain would have faced even greater hardship by losing the distinction of being the world’s second-biggest arms exporter since the main buyers are West Asia’s most repressive monarchies.

This makes the curry industry even more nationally relevant. Today, the UK’s 10,000 curry restaurants employ at least 80,000 employees. Reports indicate that Indian meals have overtaken Chinese and Italian as top take-aways. Between them, high and mid-end Indian restaurants, Bangladeshi curry houses and Pakistani kebab eateries serve approximately 2.5 million customers every week. According to one estimate, there are more Indian restaurants in London alone than in Mumbai and Delhi combined. Close to 43 million portions of chicken tikka masala are served per year across Britain.

The popularity of what is known as Indian cuisine is also evident in the National Curry Week events held every year as well as in the annual British Curry Awards that David Cameron, the former prime minister, called “the Curry Oscars”. This led to the creation of a new category in this year’s Awards—Best Delivery Restaurant/Takeaway.

Curry has come a long way. Time was when the British took it for granted that only meat that had gone off needed to be smothered in spices. Acceptance was gradual. The typical Indian restaurant was for many years covered with flock wallpaper and served blazing hot vindaloo to working class men who poured out of pubs after closing time. Now, there are Michelin-starred restaurants for fine dining in fashionable Mayfair.

The threat of closure hangs ominously over all of them. It might provide the British with the strange spectacle of thousands of protesting Bangladeshi cooks and caterers releasing clouds of chilli powder, smearing walls with gallons of haldi paste and drenching the world in jeera pani and daal.