The case for bullion banking in India 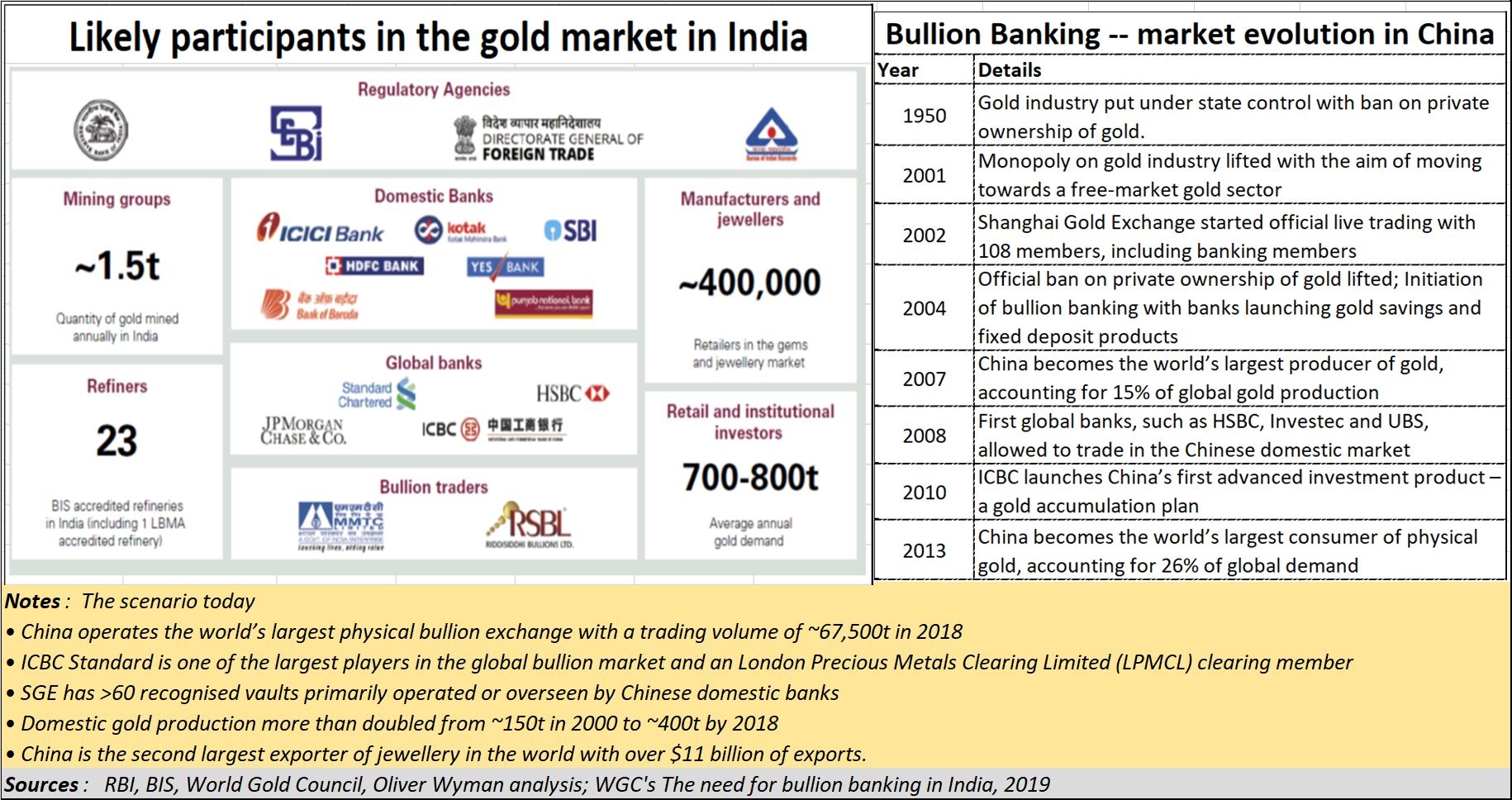 India has been myopic about so many things. One of them, tragically, is gold. It has forgotten to exploit its own mines. It gave out licences to private players almost a decade ago, but not a single mine could be started to date, because of the red-tape that enmeshes them ((https://www.moneycontrol.com/news/business/economy/comment-private-players-new-tech-new-mines-a-gold-rush-may-be-upon-us-2574353.html). It dreamed of being a gold hub for Asia. But China has stolen a march ahead (what else?). It wants to revive a vibrant gold industry which employs 3 million people. But it has done everything to make neighbours profit on account of its follies (http://www.asiaconverge.com/2019/10/india-gold-policies-make-the-country-poorer/).

Consider for instance what P R Somasundaram, managing director of World Gold Council (WGC) stated in The need for bullion banking in India,“This was a white paper brought out by the WGC a few months ago: “Market participants in the gold market operate in the leading bullion hubs of the world – Singapore, Shanghai, London and New York. This is no accident. Strong, successful bullion markets rely on, and are supported by, strong, successful commercial banks, offering a full range of bullion banking services.”

Somasundaram underscores how “bullion banks are and continue to be a key pillar of the market – they build greater trust across the gold value chain, drive efficiency, provide liquidity, promote transparency and support price discovery.” In a recent white paper brought out by the WGC, Somasundaram adds, “The result is that customers can participate in the bullion market with confidence. London and New York have a long history of bullion trading, but the Singapore and Shanghai markets have only emerged in the past 15 years. In 2017, the revenue from global bullion banking operations was estimated to be US$1.5-1.8 billion. India leaves much of this potential on the table.”

As a result, India’s gold market which is one of the largest in the world, lacks organisation, structure and trust. He believes that the “timing for bullion banking reforms in India could not be more propitious. The Indian gold spot exchange is expected to launch in the near future, a key moment in the development and formalisation of the domestic gold market. Commercial banks need to be part of that journey.”

Clearly, India’s gold policies will have to change, as these columns pointed out recently (https://www.freepressjournal.in/analysis/urgent-need-for-gold-reforms). One relates to an absurd levy of import duty which only encourages smuggling and weakens the Indian rupee. The second is the setting up of a separate regulator for gold, under the RBI. Today it is governed by several government agencies.

Another problem is that the government ends up having government held gold in different pockets – some with the RBI, as reserves, some as impounded gold (by the customs and enforcement authorities) and some with banks which offer government backed gold monetisation and sovereign gold bond schemes. It refuses to put all gold with the government under one authority.

Bullion banking would bring all gold transactions under one umbrella. The WGC report outlines the role that bullion banks play in leading gold centres around the world. It explains how India could develop a thriving bullion banking industry over the coming years to support its overarching economic ambitions, and enable gold to play a role in this journey. It makes a case that Indian commercial banks are ready to embrace bullion as an asset class. India can reap significant benefits, both within its gold market and across the wider economy with a robust bullion banking industry, which globally makes revenues of over US$ 1.5-1.8 billion.

Significantly, China accounts for 30-40% of the global revenues (see chart on China). While tier I banks such as UBS, HSBC and JP Morgan each generate revenues of US$ 100-250 million (mn) － Source: Oliver Wyman analysis and WGC － from bullion banking, smaller, tier II banks generate revenues of less than US$ 50mn.

But what does a bullion bank do? Well, it facilitates the purchase, sale and use of standardised bullion or bullion-based derivatives. Similar to commercial banks, bullion banks provide a range of products and services, centred around deposits, advances, sales and trading. Customers span the bullion value-chain, including central banks, miners, refiners, jewellers and investors, both retail and institutional.

At almost all discussion forums, government spokespersons promise to ease the pain by removing the hurdles, and letting this industry prosper. As of now － as it has been for several decades － this remains a pious hope.

The author is consulting editor with the Free Press Journal. 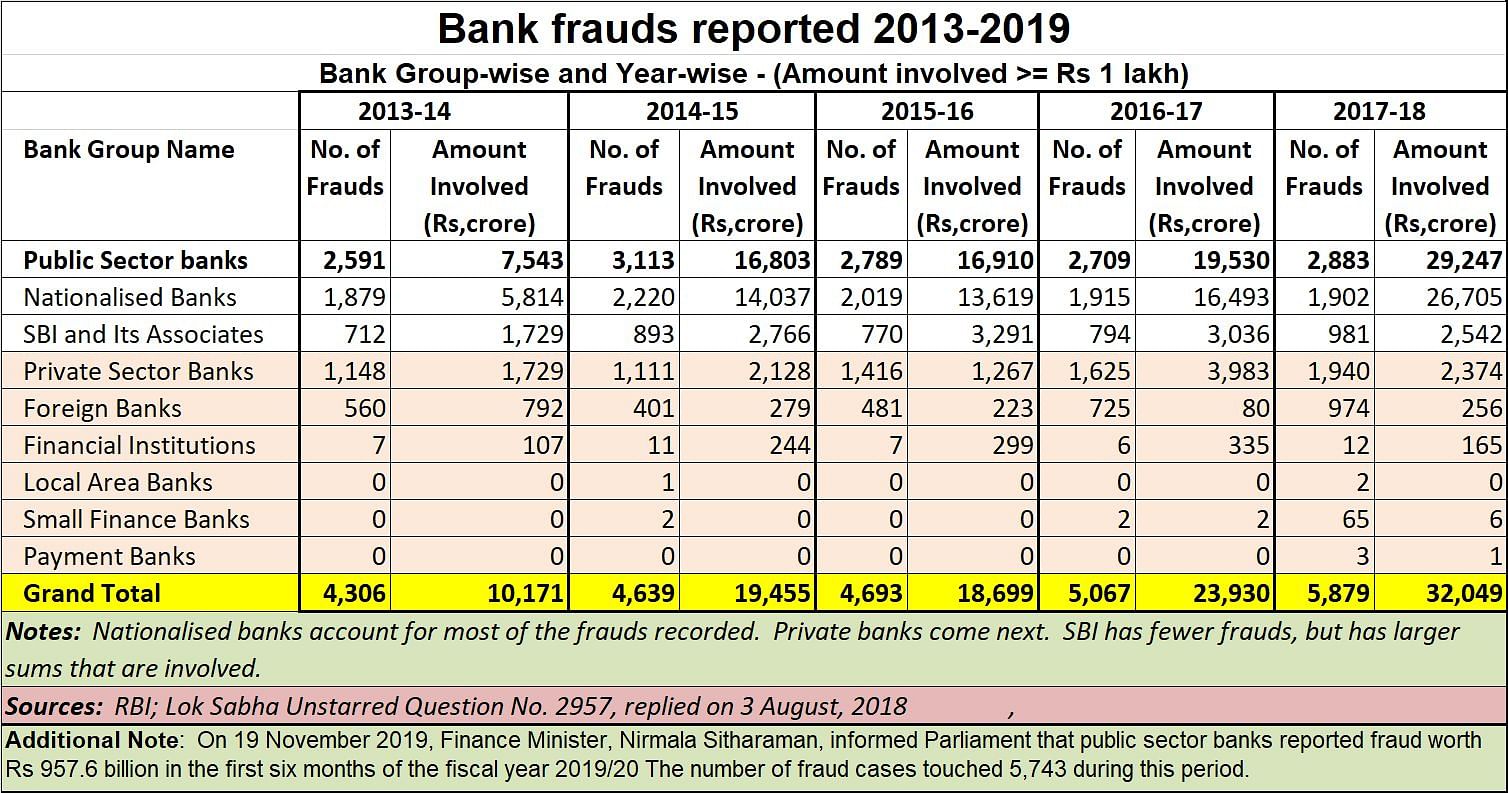